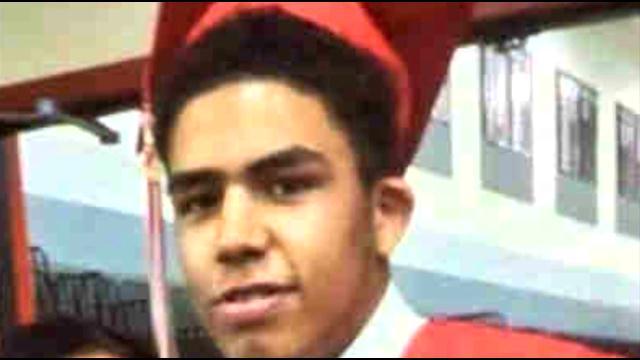 A district attorney in Madison is set to bring an end Tuesday to weeks of uncertainty about whether a police officer will face criminal charges over the killing of an unarmed biracial man.

Tony Robinson, 19, was fatally shot by a white officer on March 6, setting off days of protests. His death came amid lingering tensions over the killings by police elsewhere of other unarmed African-Americans that seized national attention.

After an investigation by state authorities, Dane County District Attorney Ismael Ozanne is expected to announce Tuesday afternoon whether Officer Matt Kenny of the Madison Police Department will face charges over the shooting.

The police department said in a statement Sunday that it has been preparing for Ozanne's announcement for weeks, efforts that included holding meetings with community leaders.

\"It is our hope -- that working together -- Madison can come through these challenging days ahead without violence or property damage,\" it said.

Police officials say that on the night of the shooting, Kenny was called to an apartment over reports that Robinson had been jumping in front of cars and assaulting people.

After hearing some commotion, Kenny forced his way into the apartment and was attacked by Robinson, according to police. Kenny responded by pulling out his gun and shooting Robinson, police officials say.

According to the Wisconsin State Journal, Robinson's friends and family members have said he took hallucinogenic mushrooms and was behaving erratically the day he was killed. They reject the idea that Robinson was a threat to Kenny when he was shot, the newspaper reports.

Few details have been made publicly available about the confrontation between the two men.

The Dane County Medical Examiner's Office said in a preliminary autopsy report that Robinson was shot in the head, torso and right arm.

Police say that Kenny suffered a blow to the head during the altercation. His attorney, Jim Palmer, said last week that Kenny was diagnosed with a concussion after the incident, according to the Wisconsin State Journal.

The district attorney's announcement Tuesday is expected to shed more light on what happened that night.

The shooting was investigated by state authorities. That's because of a Wisconsin law that requires officer-involved killings to be investigated by officials from outside the law enforcement agency employing the officer involved in the death.

But weeks later, the family publicly questioned whether the investigation would be fair.

Robinson's family has hired a Chicago law firm to carry out its own investigation into the shooting and commissioned a private autopsy, according to the Wisconsin State Journal.

If the district attorney determines there are no grounds to prosecute Kenny, the Wisconsin law requires the investigators to release their report to the public.

Kenny has been on paid administrative leave since the shooting.

Both Kenny and Robinson had incidents in their past that attracted attention after the shooting.

In 2007, Kenny shot and killed a man, Ronald Brandon, who was pointing a pellet gun at officers.

Kenny was exonerated of wrongdoing in that shooting and received a commendation.

\"The fact that Tony was involved in any kind of transgression in the past has nothing to do with this present tragedy,\" Soglin said.