Will 'Affluenza' Teen Get Off Easy? 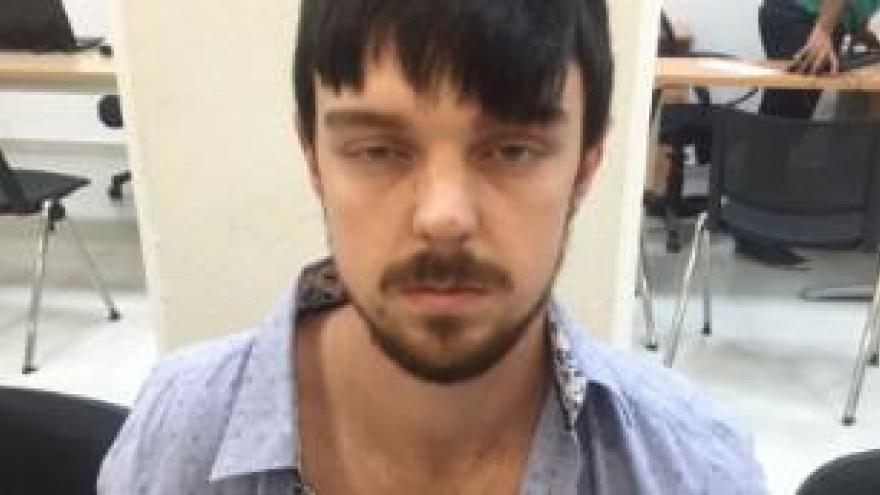 (CNN)The long arm of the law has caught up with "affluenza" teen Ethan Couch. After being detained in Mexico, he is on his way home.

Many think he got off easy when a judge sentenced him to 10 years' probation for killing four people while driving drunk in 2013.

He and his mother, Tonya Couch, who fled with him, are expected to arrive back in Texas on Wednesday. But even if authorities throw the book at him for allegedly violating probation, that book might not be too heavy.

So far, it appears the most severe punishment Ethan Couch, 18, could face is 120 days in jail, said Tarrant County District Attorney Sharen Wilson.

What kind of justice Couch could face will depend on whether he is treated as an adult or a juvenile as pertains to his alleged probation violation.

Prosecutors want to see Couch in an adult court, but since the alleged violation happened in the juvenile system, Couch effectively would start with a clean slate in the adult probation system. As a result, the adult court judge could not punish Couch for violations he committed as a juvenile.

The max he could get would be 120 days. But if he is treated as a juvenile, the sentence would be even lighter, Wilson said.

Though he's an adult now, Couch was 16 when he was sentenced for the original crime. If he is punished for a violation in the juvenile probation system, that would have him in jail until his nineteenth birthday on April 11, 2016.But moving Couch to the adult system holds a potential advantage for prosecutors. If he ends up on adult probation and violates that, he could land in jail for up to 40 years, Wilson said.

And he could get more time on top of that, if he is convicted of new crimes as an adult.

Then there's his mother, Tonya Couch. She has been charged with hindering the apprehension of a juvenile, and if convicted, faces between two and 10 years in jail, Wilson said.It wasn't so much Ethan Couch's original crime that drew the nation's ire as it was the punishment doled out for it.

In June 2013, Ethan Couch plowed into a stranded motorist and three people who were helping her.All four were killed.

Two people riding in the bed of the teen's pickup were tossed in the crash and severely injured. One is no longer able to move or talk because of a brain injury, while the other suffered internal injuries and broken bones.

Prosecutors wanted to see Couch behind bars for 20 years, but instead he was sentenced to probation and rehab.

During the trial, a psychologist had testified that Couch suffered from "affluenza" -- he was the product of wealthy, privileged parents who never set limits for the boy.The sentence and that term triggered widespread outrage, and the Couches alleged fleeing has drawn attention back to his case.

In mid-December a warrant was issued for Couch to be taken into custody after his probation officer couldn't reach him. He appeared to have dropped off the radar after a video emerged that allegedly showed him at a party where alcohol was consumed.

Couch had been ordered to stay away from drugs and alcohol for the duration of his probation.

The U.S. Marshals Service tracked Couch to Mexico using electronic surveillance, including tracking a cell phone believed to be linked to him, an official briefed on the investigation told CNN.

The Marshals alerted Mexican authorities, who detained Couch and his mother, the official said.  "I don't think you can on a vacation and disappear, and don't tell anybody, and cut your hair and dye your hair, and hide out in a shabby apartment in a resort town. ... They fought so hard to keep him out of trouble when he killed four innocent people drinking three times the legal limit of alcohol, there's no doubt in my mind that when the video came out that showed him at that party and he was facing a possible revocation of probation, they made a conscious decision to run, and they did," Anderson said.

The pair had entered Mexico as tourists and had exceeded their allowed length of stay and were turned over to immigration authorities, where they have been in custody in Puerto Vallarta.

"They will be deported voluntarily," said Ricardo Vera, the representative in Jalisco for Mexico's National Institute of Immigration.

"Their wish is to return to the state of Texas. This is what they have requested."Families of the victims killed by Couch were relieved that the teen and his mother had been captured, attorney Todd Clement said.

"I think it's particularly satisfying to families that, indeed, it appears that his mother, Tonya, may have committed a crime and may finally be held accountable as well," he said.

Breanna Mitchel was killed at age 24, when Couch plowed into her. Her cousin Bill Heburn told CNN affiliate WFTS that Mitchel's family forgives Couch, but wants him punished.

"He needs to be taken off the street and punished so this doesn't happen again, and nobody else is lost," Heburn said. "He is never going to live a normal life. Everyone will know who Ethan Couch is and what he did."