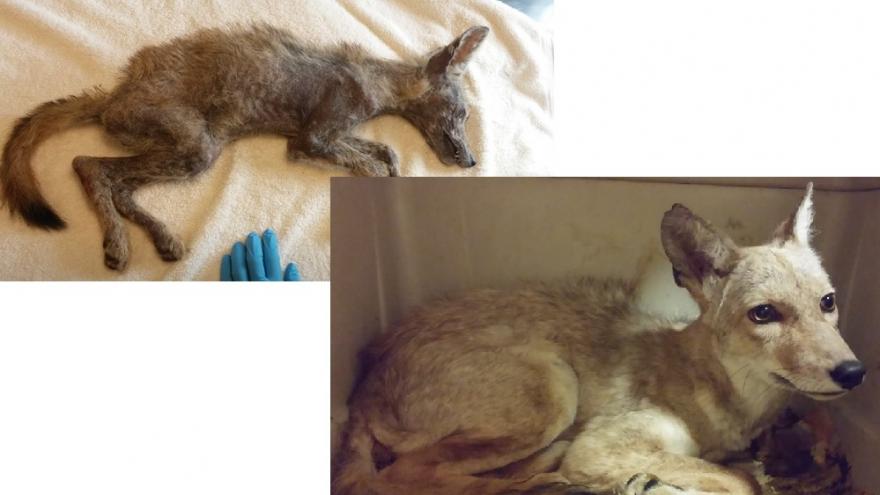 According to a Facebook post, the young coyote was brought in with sarcoptic mange which is a skin disease caused by microscopic mites. The coyote was also emaciated.

After treatment at the Rehabilitation Center, the coyote named Chupy, has recovered nicely and was moved to an outdoor enclosure. Vets hope to have him released into the wild in the next few weeks.