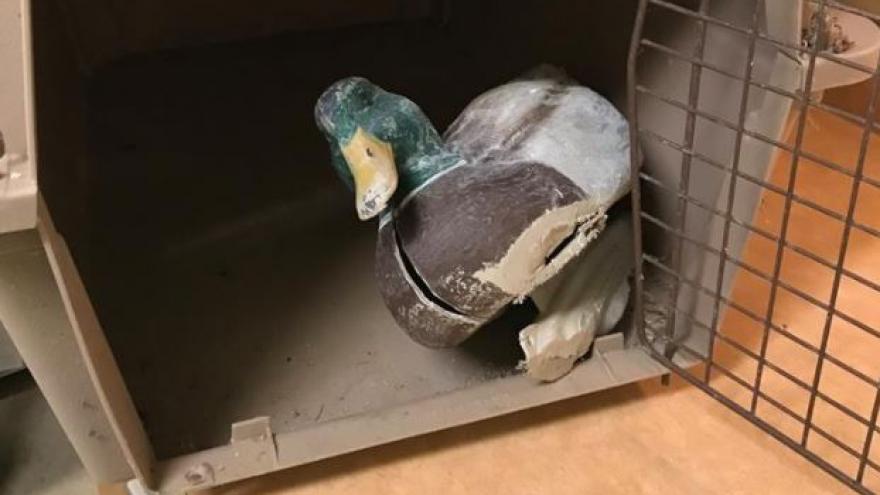 OCONOMOWOC/IXONIA, Wis. (CBS 58) -- The Wildlife In Need Center says they had a good laugh after one of their rescue volunteers "saved" a decoy duck.

According to a post made on Facebook, the organization received two calls Monday about what appeared to be an injured mallard off of I-94 near Oconomowoc and Ixonia.

When a rescue volunteer tried to catch the mallard "despite the fast moving cars on the expressway," officials with WINC say the volunteer was surprised to find a decoy and not an injured, live mallard.

WINC says even though the mallard was just a decoy, it shows how many people care about sick, injured, and orphaned wildlife.