Last night was one of our coldest nights so far this season with nearly everybody falling into the 30s besides Milwaukee. Widespread frost was reported away from the lakeshore, with many inland spots experiencing temps either side of freezing. 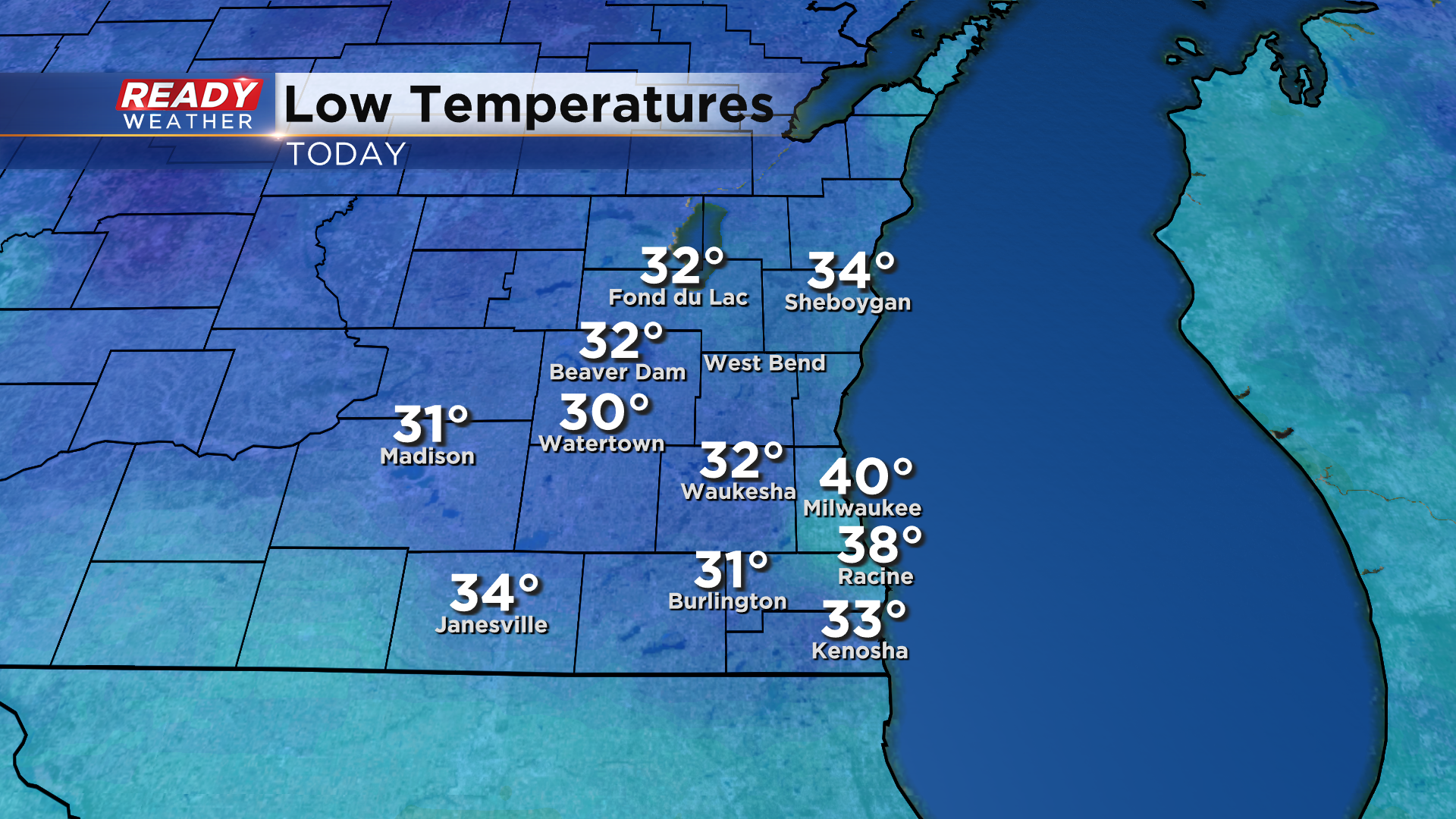 Temps will be a couple degrees colder tonight with less clouds than last night. Widespread frost is expected once again tonight with most inland spots likely experiencing freezing temperatures. Light frost is even possible near the lake. 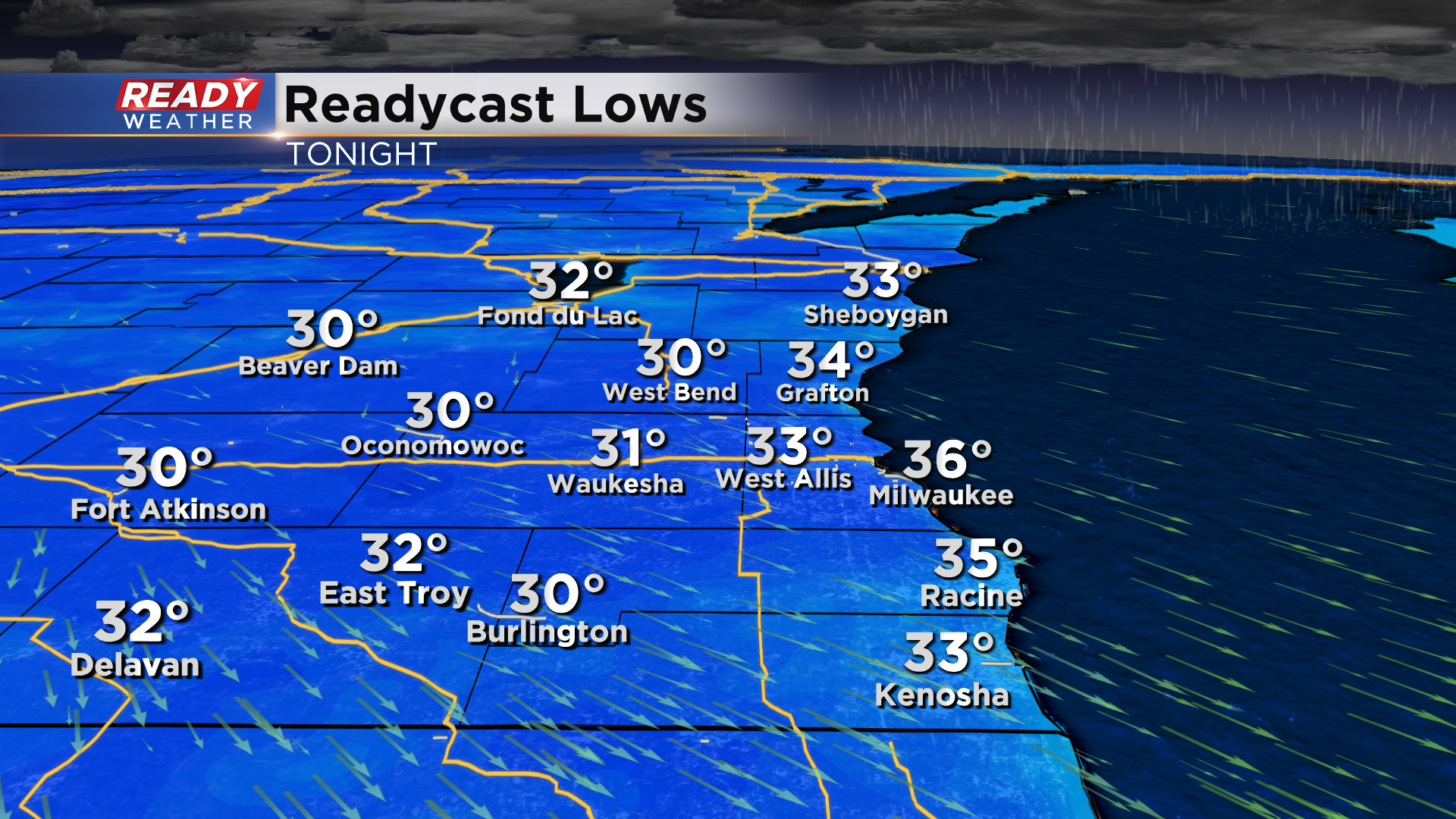 A Frost Advisory has been issued for all of southeast Wisconsin until 8am Saturday. 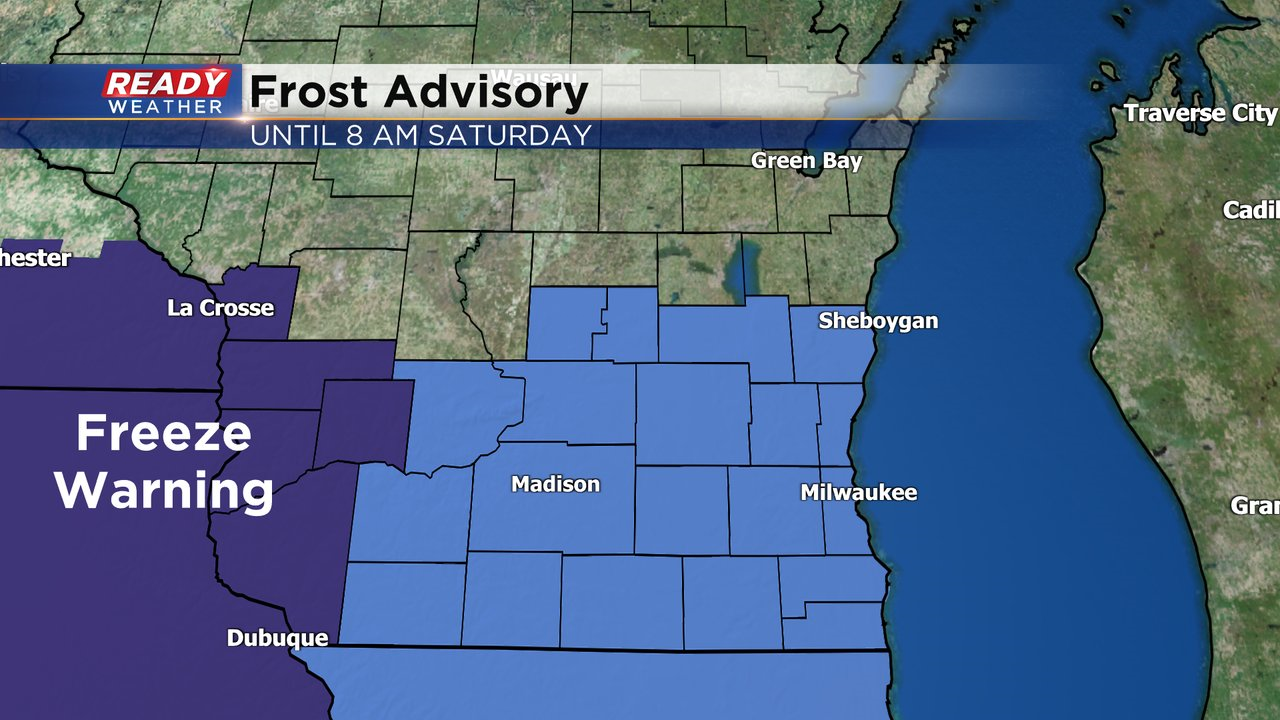 While we haven't had much in the way of freezing weather yet, it is that time of year! Today actually marks the average date of Milwaukee's first trace of snow. 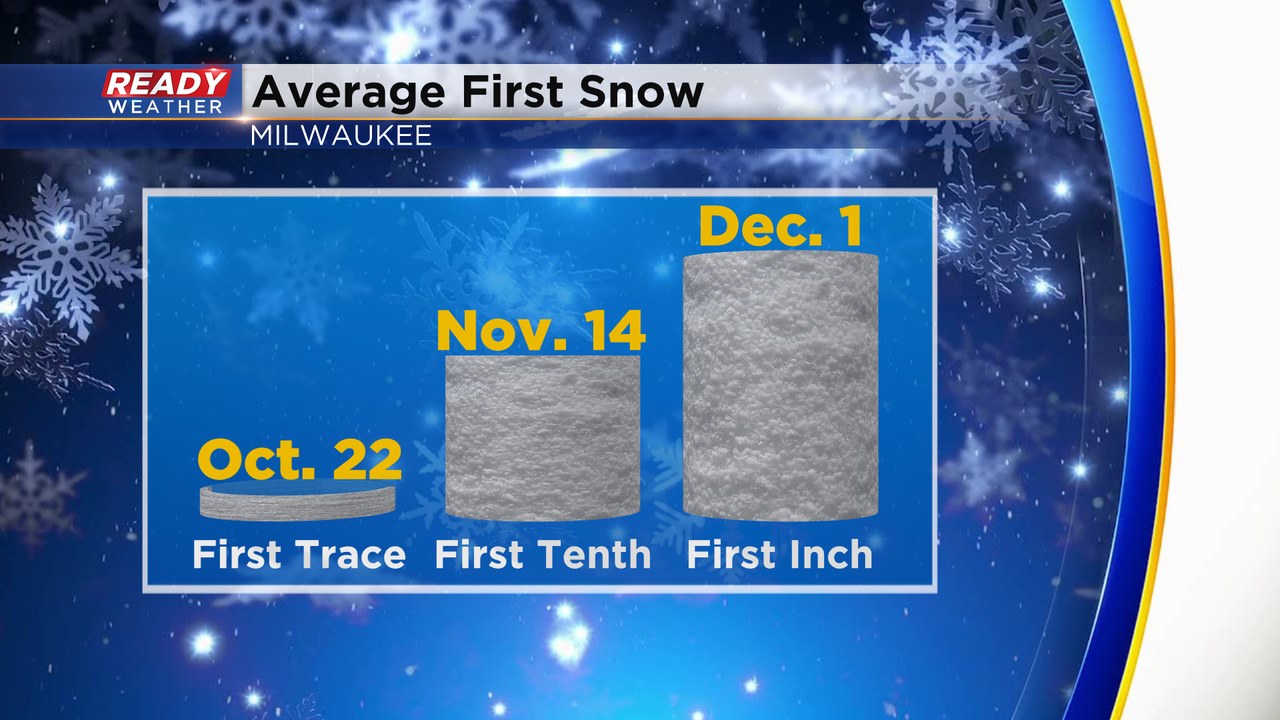 While we don't have any snow in the extended forecast right now, our first trace of snow has occurred before Halloween for the last four years! 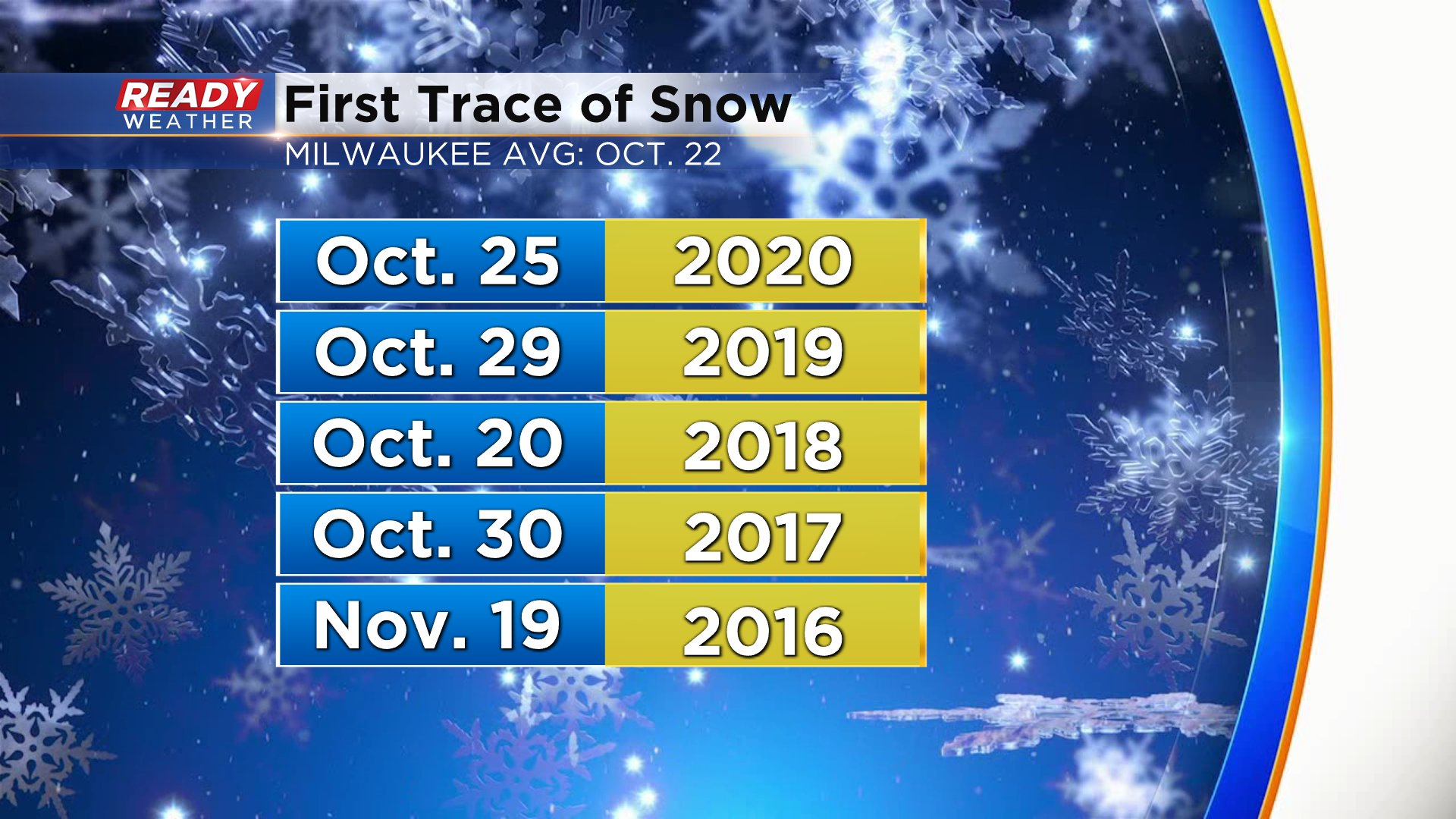 With about six weeks left in meteorological fall, the National Weather Service has released their winter outlook. Above normal temps are slightly favored for Wisconsin, along with above normal precipitation during the winter months of December - January - February. 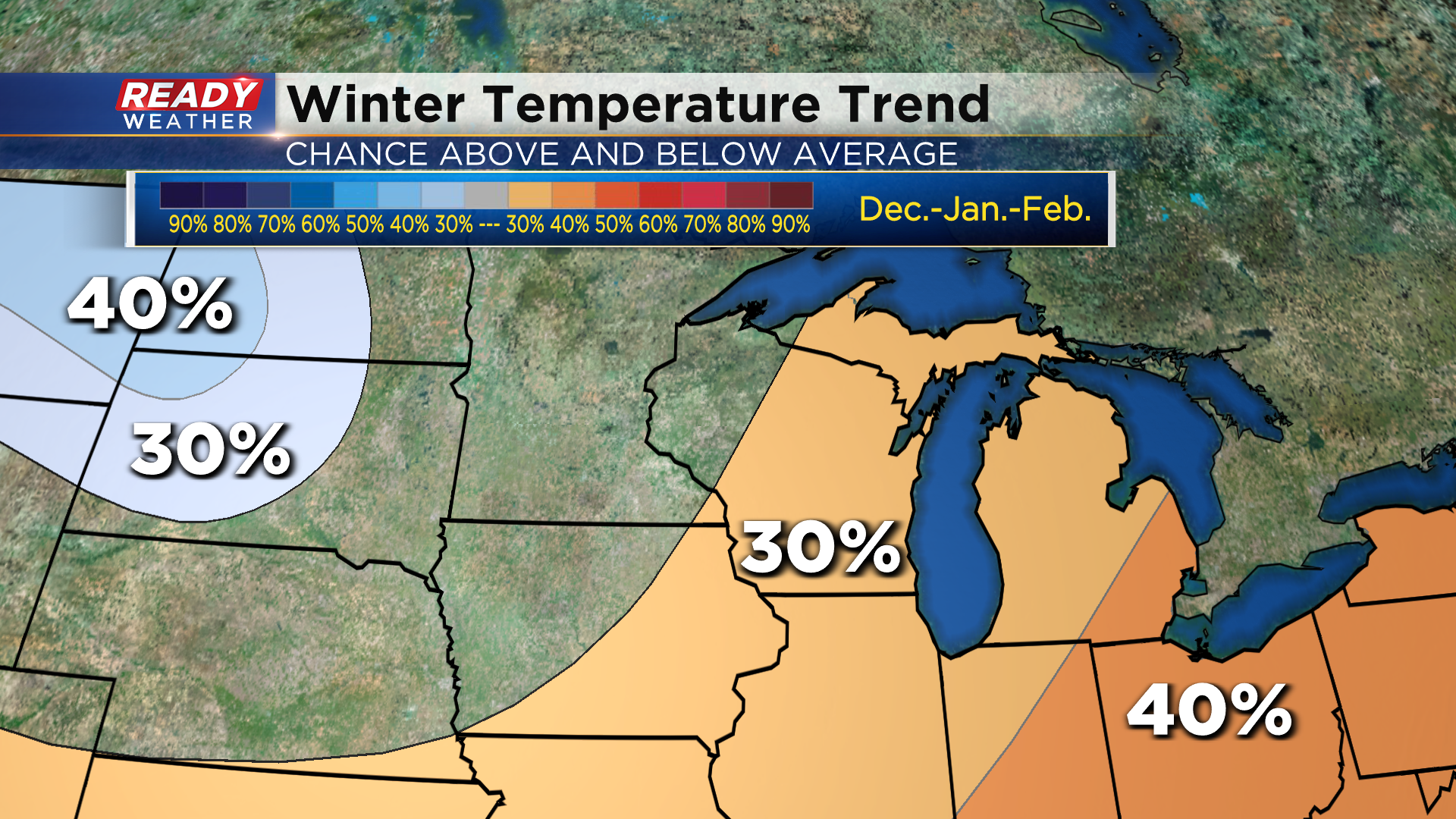 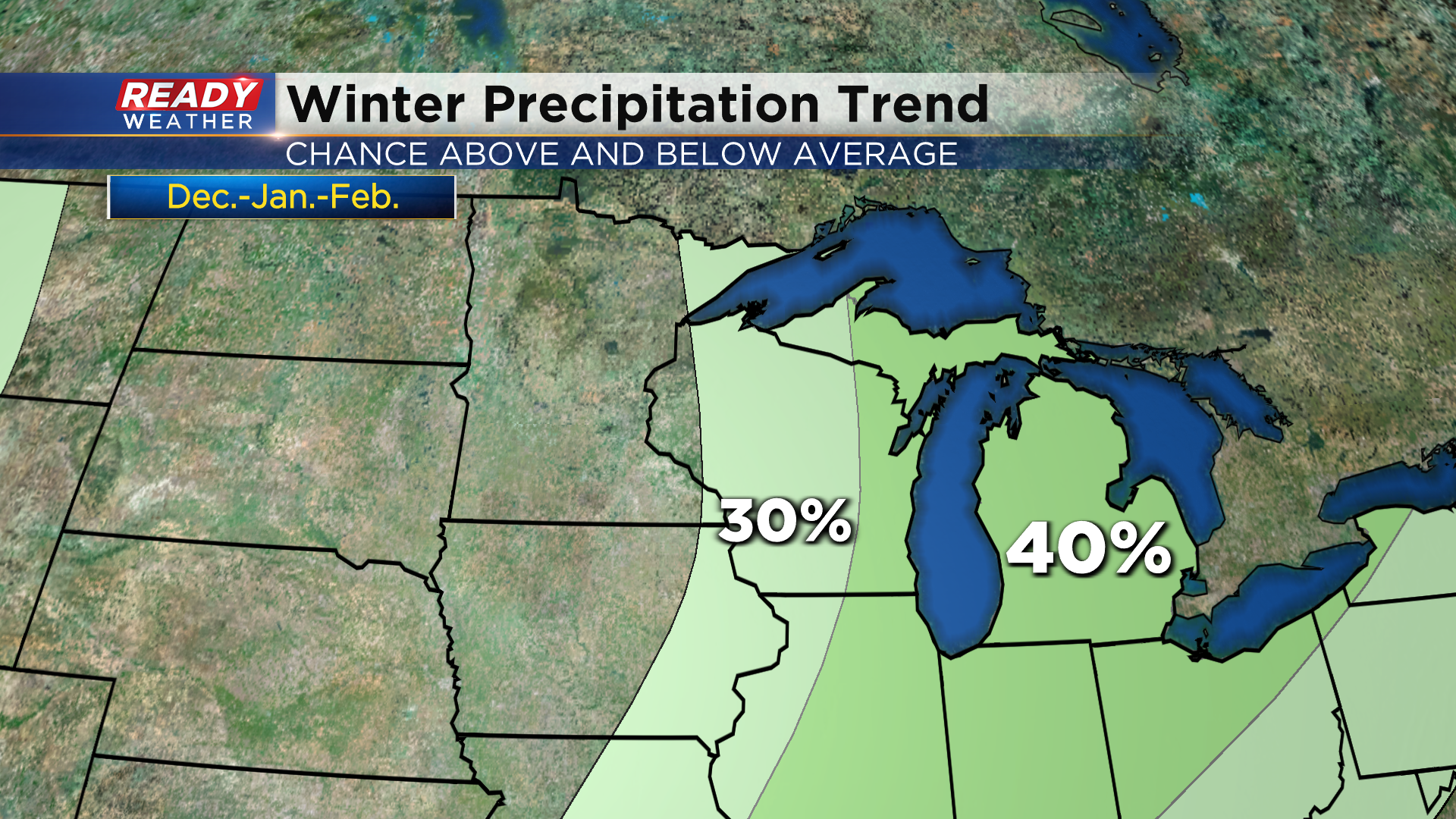 Above normal precipitation doesn't necessarily mean we'll have above normal snow this winter. It'll all depend on the temperatures at the time the precipitation occurs. Milwaukee has had winters where we've been above normal for precipitation (rain and the liquid equivalent of any snow), but below normal for snowfall itself. That happened most recently in the winter of '16-'17.

We don't have any snow in the forecast, but rain returns by the end of the weekend. Download the CBS 58 Ready Weather App to track the temps and rain.