Why you should be watching the Women's World Cup 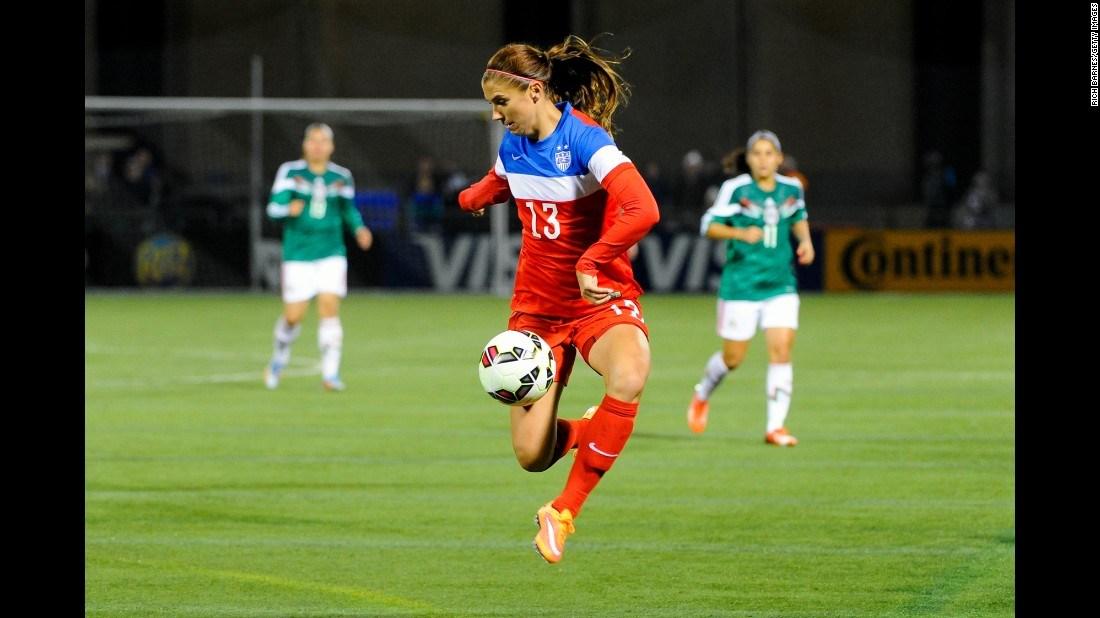 It's a shame the Women's World Cup doesn't get the attention the men's does. You're so missing out.

The women play with a hunger that million-dollar prima donnas (read: Ronaldo) just can't always muster. The games aren't always a foregone conclusion (Long-shots like Australia can surprise you here). And your team can actually win this thing. (We're talking to you, U.S. and England).

The tournament began Sunday and runs until July 5. The U.S. takes on Australia at 7:30 p.m. ET Monday.

Still not convinced? Let us dispel some more doubts, so you'll give Women's World Cup a shot.

You know how some Americans complain that soccer's boring because there are so few goals? Not here.

In the opener yesterday, Norway beat Thailand 4-0. And how many goals did Germany score against the goalless Ivory Coast? TEN! Yes, 10!

You're tired of the flopping and the preening

You know how in men's soccer, a strong wind is enough to knock a player over. And they play-act like a babies? The women don't have time for that. According to a study, women fake injury half as much as men do. And when they are on the ground rolling around, they're back up 30 seconds faster than men.

You know what the big controversy was, ahead of the 2014 men's World Cup in Brazil? In six of the 12 cities that hosted the games, the quality of the grass was poor and could really injure a player. Oh boo hoo! At least the men had grass. The women will play their games on synthetic turf. Turf burns are brutal. Legs are going to get beat up.

You like a sport where, you know, your team can actually win

If you're an American, then get behind Team USA. While the men's team has made much progress, the women have won the World Cup not once (1991) but twice (1999) and came so close four years ago. Remember that iconic pic of Brandi Chastain celebrating? That was her after scoring the winning penalty kick against China, when she became every girl's soccer hero.

If you're a Brit, your women's team could also make you proud (unlike Rooney and the boys). Plus, they're in a relatively easy group.

And if you're German, your guys already won the men's World Cup last year. Why not make it a two-fer? Your gals are ranked #1 in the world.

We'll admit, it's hard to top Luis Suarez chomping down on an opponent. And that's a good thing in the women's game. It keeps the 'beautiful game' beautiful. But women's soccer has its share of drama. Remember this epic hair pull?

Or what about when Colombia's Lady Andrade left a shiner on U.S.' Abby Wambach during the London Olympics?

You're holding out for a hero

Messi. Tevez. Neymar. You know them all. And you should. They're really, really good. You know who else is good? Abby Wambach. How good? Well, she's scored more goals for a national team than any other player in soccer history. And that includes women and men.

Then there's Brazil's Marta, nicknamed \"Pele with a skirt.\" Slightly sexist, we know. But it's meant as a compliment. She was named FIFA Woman's Player of the Year five times. She's yet to win a World Cup and you can bet, she'll be giving it her all.