Why infidelity continues to happen 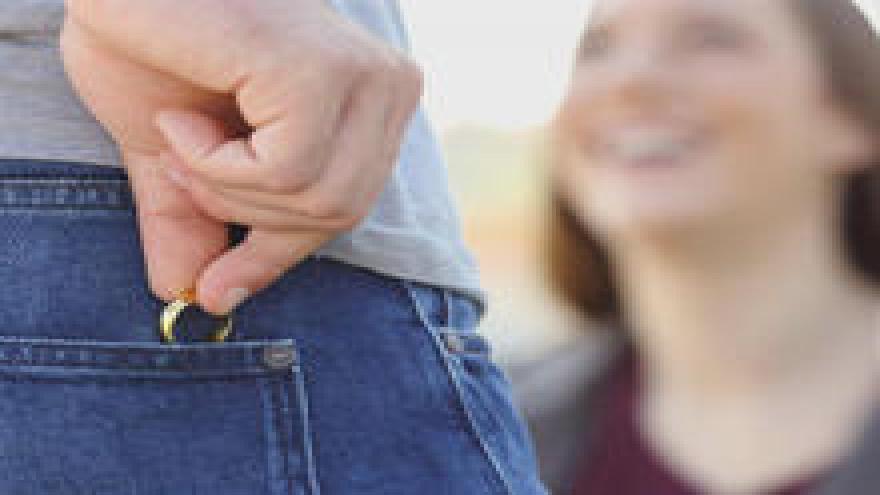 CHEATING HEARTS... it's a side of romance less-spoken-of. And they're more plentiful, it seems, than we might like to think. Our Cover Story is reported by Tony Dokoupil:

It's a subject as old as marriage... and usually more taboo than divorce.

"It is the only commandment repeated twice in the Bible, right? Once for doing it, and once for thinking about it," said psychotherapist Esther Perel, who has been studying infidelity for more than a decade.

"Ninety-three percent of Americans think that infidelity is morally wrong -- more morally wrong than cloning, than suicide, or than domestic violence," Perel said. "It's an interesting location for something that is not criminal, that is totally consensual."

The contradictions of unfaithfulness raise a question: why do so many people cheat?

These days, there's ample chance to examine the issue. In recent weeks, we've seen President Trump deny new reports of a affair with an adult film star and a Playboy model in 2006. Meanwhile, Missouri Governor Eric Grietens has acknowledged an affair with his hairdresser, and Nashville Mayor Megan Barry has apologized for sleeping with her bodyguard … which makes her part of a trend.

According to a survey by the Kinsey Institute at Indiana University, female philanders (19%) are catching up with their male counterparts (23%) for the first time on record.

"Of course, it is a form of emancipation -- leaving, the potential of being able to go, the potential of not having to accept it," said Perel. "I mean, part of why families have been preserved is because women made the compromise more than men."

In a series of massively popular TED Talks, a buzzed-about podcast, and her latest book ("The State of Affairs: Rethinking Infidelity"), Perel is asking us to rethink our attitude about infidelity.

"To think about them just as a good person and a bad person does not help the millions of people who are experiencing it -- the children, the friends, the family, the lovers," she said.

Human beings such as Kristie, a mother of two, who asked that we not use her real name or reveal where she lives.

Like many women, she resolved to stay in an unhappy marriage for the sake of her kids, until one night a few years ago when she also resolved to stray.

"I was sitting on the bed, and he said something to me very disrespectful, very hurtful," said Kristie. "And I just snapped. I pulled my phone out, and I went, 'Woman looking for men to have affairs with.'"

She ended up on Ashley Madison, a website that helps men and women pursue what's known as "married dating."

Who came up with that term? "I think it's been around a long time," said Ruben Buell, the president of Ashley Madison's parent company, Ruby Life. "A lot of this came out of singles dating, where you're on single sites, but 30-plus percent of the people on the site were married. So somebody took a category and created Ashley Madison."

Even after a damaging leak of user names in 2015, Buell says the Ashley Madison site is booming, with 20,000 new members a day.

Kristie says she got giddy meeting up with her partner. "I fell for him. We actually were calling each other boyfriend and girlfriend, even though we were married. He was my boyfriend and I was his girlfriend."

"What was it like after all those years of not having any, to having some again?"

But sex is far from the only reason that people cheat, says Perel -- and cheating doesn't always mean a troubled relationship, either.

"They want to go back to who they might have been?"

"Or never were, and never got to explore. Worldwide, the one word that people kept coming back to when I would say, 'What is it you're feeling?' 'Alive.'"

Daphne, who also did not want us to use her real name, never thought she'd have an affair.

"I was so depressed I didn't wanna get out of bed every day. And I had to, because somebody had to in the house, and I was it."

"Oh, now I like getting up. I have something to look forward to."

The first 22 years of her marriage were good, she says. But her husband's Alzheimer's changed everything. "The man that I stood up in front of everybody and promised to love forever no longer exists," she said.

Daphne is committed to caring for the man she married for the rest of his life. But the 56-year-old decided in order to live her life, she needed to date again. Six months ago, she met her boyfriend on Ashley Madison.

Dokoupil asked, "How did your moral thinking change?"

"I wasn't going to be able to take care of my husband if I didn't have some fun," she replied.

And consider this: infidelity may just be Nature's way.

Helen Fisher, a biological anthropologist at the Kinsey Institute," said, "You can love more than one person, bottom line."

"But why? Why would that be helpful to survival?"

"Well, I wondered that, too. And so I studied adultery in 42 cultures."

What they have in common, she said, was, "They all fall in love, they all marry, and they all are adulterous. Not everybody's adulterous, but in every single culture that I've looked at, there's some people who are adulterous, which maybe you have to wonder why?

"Let's go back a million years. A man has one wife and has two children. But if he occasionally goes over the hill and sleeps with another woman and has two extra children, he's doubled the amount of DNA he has sent into tomorrow."

"So adultery made it more likely that any given gene pool would continue?" said Dokoupil.

But if it's all so natural, you might wonder, why does it have the power to cause so much pain?

Perel said, "It is the ultimate breach of the romantic ideal. It is the shattering of the grand ambition of love."

To be clear, Perel does not recommend infidelity. But she does call for empathy.

"We do not claim moral superiority just because we haven't cheated, when we have been neglecting, when we've been married to our jobs, married to the bottle, you know? And just because we haven't had sex with somebody else we think we are the mature, and the committed, and the superior? This [has] got to change, or we will never have an honest conversation about this."

Kristie, for her part, was forced into an honest conversation with her husband, after he read text messages from her lover.

"So he came and he says to me 'You know, I see everything that you're writing.' I didn't deny it. I'm like, 'Yup, and I want a divorce.' It was pretty much like that. No tears, nothing. Not on his end, not on mine. I don't condone what I did; I'm not saying for anybody to go out and just do that, but I'm telling you that's my story."

Which cleared the way for Kristie and her now-divorced boyfriend to no longer hide their secret. Last year in Las Vegas they were married.

Dokoupil asked, "How did it feel saying those vows again?"