Voit put in a dominant performance with his bat and on the mound, being a third baseman and pitcher for the Dukes.

He batted over .500 and went undefeated as a pitcher with an earned runs average at 0.54.

"It's just fun, I love being on this team. Every day that I came to practice, came to the games, it was just fun to be around the guys and they made it really enjoyable to play with them, and that motivated me to want to be my best every day," said Mitch.

"I don't think he got touched this year at all. Maybe he gave up one run," said Jack Counsell, Mitch's teammate at Whitefish Bay. "What he can do in the box, too, I mean I think he hit above 550 which is just insane."

Mitch played most of his life at Hitters Baseball Academy in Caledonia. He says it was special playing for the community of Whitefish Bay and having success. It's because of success like that the Michigan recruit is heading to Ann Arbor as a two-way player.

"Pitching is a lot easier. I mean, I love hitting. I still do it because it's fun, I like it, I'm good at it," said Mitch.

He says time will tell if he can continue to do both, but there was always one that he says came more naturally to him. Pitching.

"It's my favorite thing to do," said Mitch. 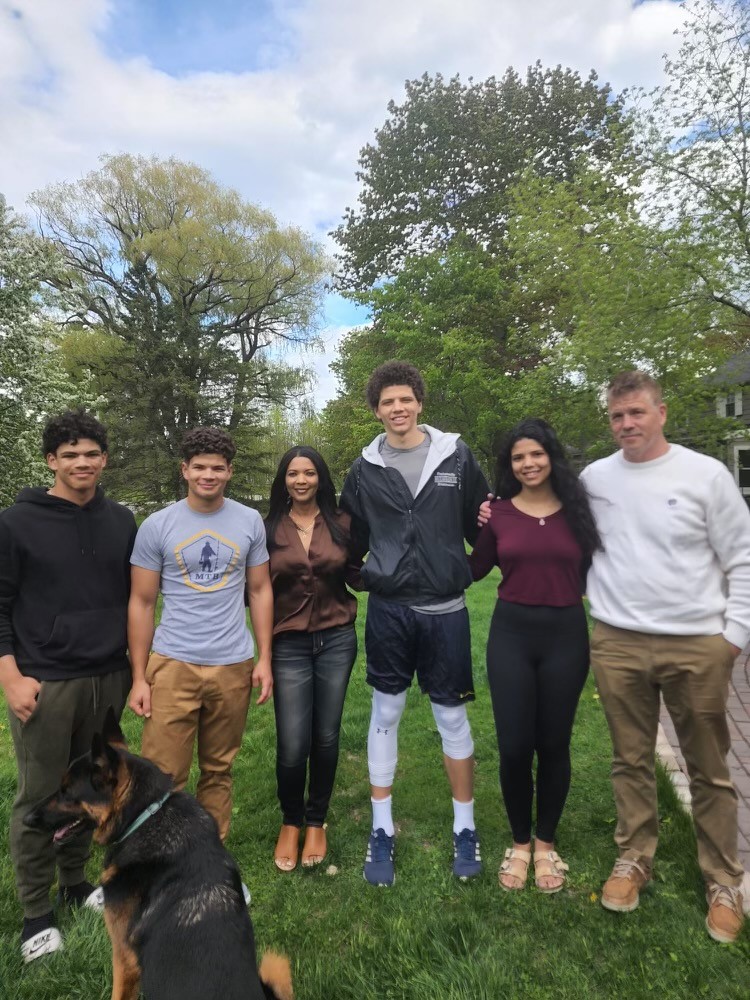 Mitch is the youngest of his two brothers, and along with his sister grew up in an active family. It was his dad, Todd, who had him playing with his older brothers, learning the game. Todd played shortstop during his playing days in high school and added pitching later.

"I got my two-way from him," laughed Mitch.

Mitch says his dad would teach him about staying ahead of batters, fielding ground balls and being able to hit a pitch all over the strike zone. He also said he came up with ways to work on his accuracy.

"Every single morning, at 5 or 6 a.m. Throw a tennis ball against my stairs and wake up all the neighbors too. They were annoyed, but I think now they think it was worth it," said Mitch.

"When it came to pitching, I was trying to get across to him -- follow your technique, your technique is gonna throw strikes," said Todd, Mitch's dad. "He just turned into a really reliable strike-thrower."

Joining Mitch in this upcoming Wolverines class will be Brookfield Academy senior and Hitters alum Jonathan Kim. Jack, who is Brewers Manager Craig Counsell's son, will join the two of them as well, as he happens to be going to also be going to Michigan.

"It's a bonus going there, and then you're going to know someone which is pretty cool. Obviously, most of the guys I'll know came out of this program which is also pretty cool. It's something special for sure," said Counsell, whose brother Brady just finished his freshman season at Minnesota this past year. "Midwest baseball is pretty slept on compared to the west and the south and I don't think it should be that way. Midwest has produced some of the best guys."

"We produce guys in here. Dudes come out of this place. You see it with Gavin Lux, Jarred Kelenic, Owen Miller. I mean those guys, they come out of here, they show we got baseball in Wisconsin," said Mitch.

Lux(Los Angeles Dodgers), Kelenic(Seattle Mariners), and Owen Miller(Cleveland Guardians) are all players that came out of Wisconsin and were drafted in the MLB draft and have seen time in the big leagues.

Voit is unsure if professional baseball is in his future. He's just focused on getting to school, a school he wanted to go to since he was younger.

"When I was 12 years old, my dad asked me 'if you had go anywhere, where would it be?' And I was thinking a place with amazing education and amazing baseball. Michigan just popped in my mind and I was like 'Michigan.' Ever since then, it's just been I want to go to Michigan," said Mitch. "I'm there for the education and the baseball. That education is very important to me and I wouldn't miss out on it"

Mitch will study civil engineering when he arrives at Michigan.

Following this past season, Michigan head coach Erik Bakich left the program for Clemson. Michigan has yet to hire a replacement.

"I committed to the school, it sucks that the coaches are leaving. I love the coaches a lot. But I'm there because it's a great school. I believe that whoever they bring in will have a great program. I plan on sticking with them," said Mitch.