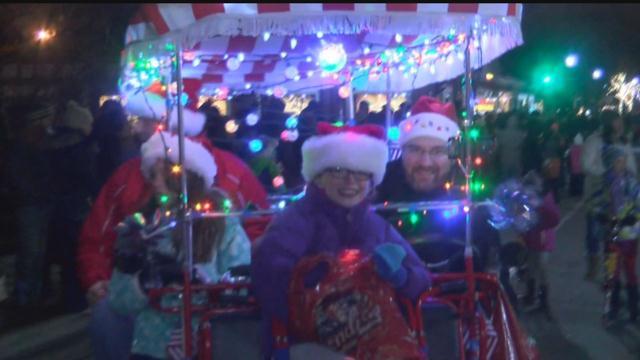 The annual Holiday Stroll is a friendly reminder to holiday shoppers to think local, especially for small business Saturday.

"It's probably a bigger day for us than Black Friday," said Winkie's Owner Terry Stuhlmacher.

He says as usual games are the big seller this time of year.

In fact, things really picked up for them in October.  About a third of their business is in the fourth quarter.

This year, economists predict customers could spend as much as $14 billion on Saturday alone.

Both those who lined the parade route and took part in the stroll also told CBS 58 News that the night was also about being part of an event that builds a community.

CBS 58's Jacob Kittilstad's report is attached to this text.