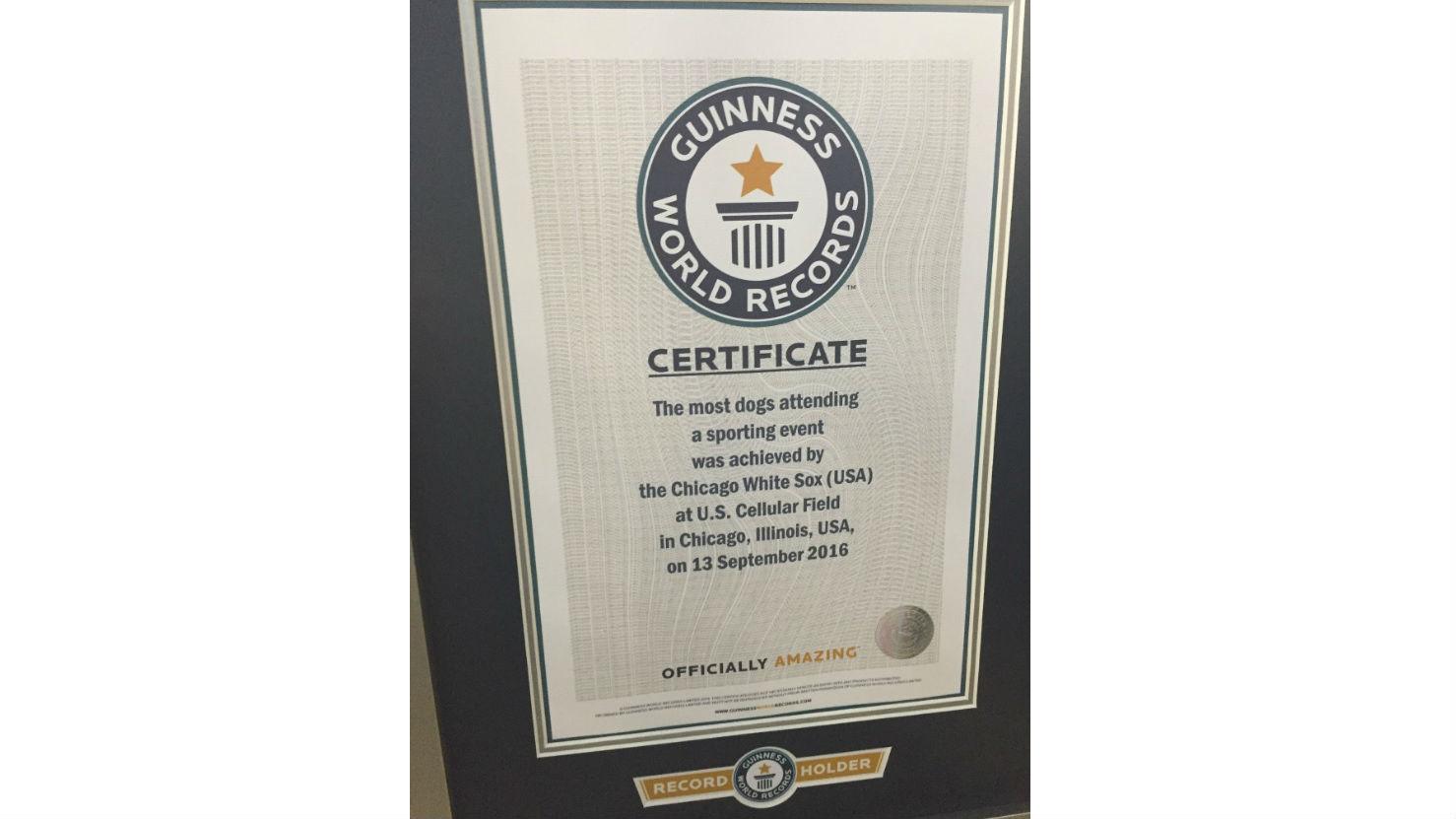 (CBS) The White Sox on Tuesday night set a Guinness World Record for most dogs attending a sporting event, as 1,222 dogs were present for the team’s annual Bark at the Park event.

The record was reviewed and confirmed by a Guinness World Records adjudicator, and the team received a plaque to commemorate the achievement. The White Sox beat the Indians, 8-1.

“We received a tremendous turnout for our four-legged friends tonight,” senior vice president of sales and marketing Brooks Boyer said. “We are thrilled that the White Sox dog-friendly event has become a storied piece of our tradition, especially as we add a milestone with tonight’s ‘most dogs attending a sporting event’ title through Guinness World Records.”

In 1996, the White Sox were the first big league team to create a dog-friendly event.