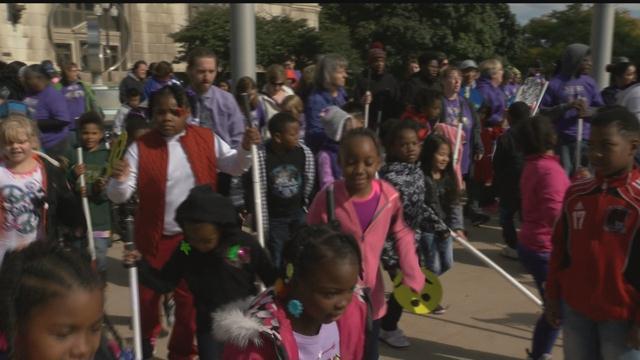 They're hoping you'll see their point that driver must stop for people with sight canes and seeing eye dogs.

They call it the "White Cane Flash Mob."

Dozens of people, from kids to adults, grabbed a white cane and started dancing to music that was pumped up to get the attention of passers by.

Julie Hapeman, a Mobility Specialist with MPS, told us it's about respect. "There are some many great things being done by blind people or those with visual impairment."

"Help us out if they can," added flash mob participant Judy Henderson. "Because there's so much going on now. It's not really safe for us so we need to let the community know."

With all the distracted driving these days, organizers of the flash mob figured, now is as good a time as any to try to get folks to stop and pay attention.