Wheel Tax: Community Weighs in on What They're Willing to Pay 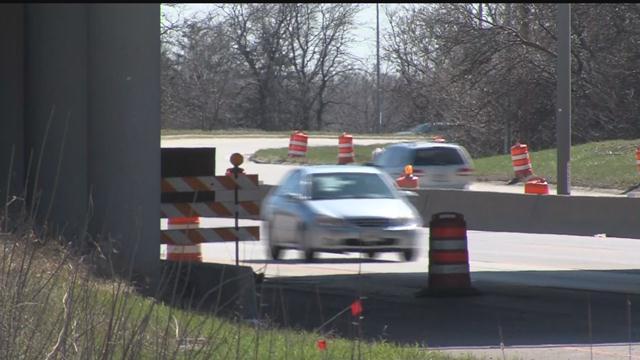 Taxpayers telling it like it is..about.. a controversial wheel tax in Milwaukee County.

The county executive and board supervisors are going back and forth between 60 and 30 dollars extra each year.

County Executive Chris Abele says this is the only legal way the county can generate more money to pay for road projects and transit, and while some community members agree that its needed, others say its just too expensive.

No shortage of opinions Monday night after earlier in the day County Board Chairman Theodore Lipscomb introduced his amended wheel tax dropping the fee from 60 down to 30 dollars.

"While a wheel tax might seem like a good idea keep in mind that there are folks  who have an option and there are other counties they can go to," said one man who works as a real estate agent.

"You probably won't hear too many people say this tonight but I am more than happy to pay 60 dollars in registration fees in order to support mass transit," said another who works with the homeless.

The biggest issue for most: The impact on the Gopass,which currently provides free rides on MCTS.

"I'm here to represent the seniors who still drive. We're on social security and we haven't gotten a raise for 2 years," said one community member.

Road repairs, new buses and new sheriff vehicles that were to be paid for by the 27 million dollars originally anticipated from the $60 fee would get new funding. Some would be paid for by bonds and tax levies, some wouldn't happen at all.

Money some said should have come from the sale of the new Bucks arena land.

"To give it to them for a dollar when its worth millions. That's part of the problem in this country. The wealthy don't pay their fair share. And I'm just tired of it," said one man.

The finance committee will meet again later this week. The full board will vote on the budget November 7th.