Milwaukee takes another step to seal its fate as a mecca along the lakefront.

The ribbon was cut on the Freshwater Plaza in Walker's Point and the Fifth Ward.

Billed as a "catalyst" for this neighborhood, the plaza is home to a Cermak Fresh Market, apartment homes, office space, and a parking structure.

Builders say this is the "gateway" to the Inner Harbor District which will also bring as many as 3,000 new jobs to the area.

"Everybody understands that you have to make the investments in order to transform this neighborhood and what's happening is transformative."

Freshwater Plaza will have 3.5 miles of off-street trails, bike lanes, river walks, and a dog park. 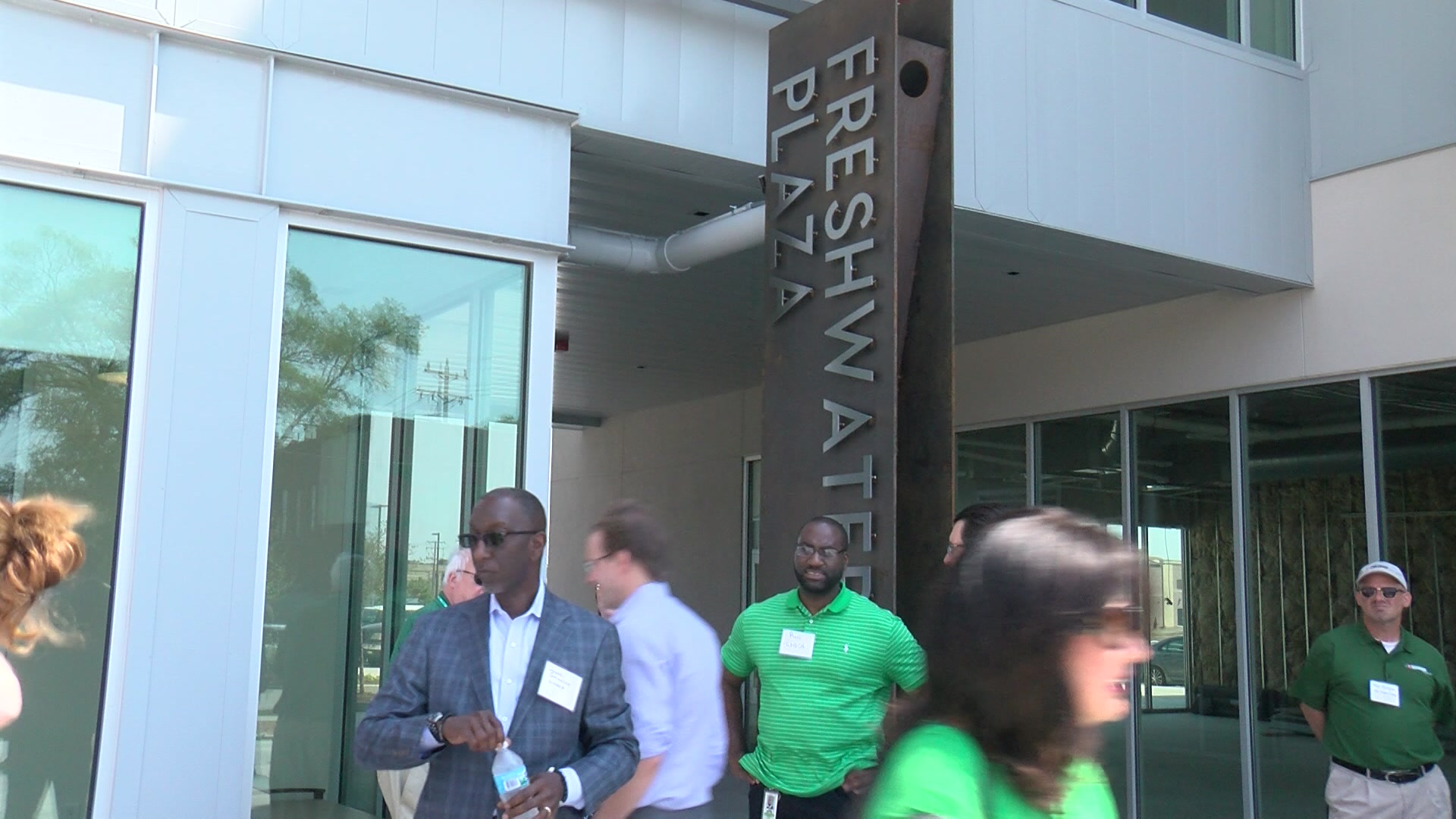 The project is a part of the city's "Transform Milwaukee" plan and was given 10 million tax credits by the Wisconsin Economic Development Authority.