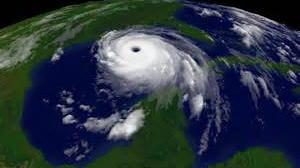 And since 2005, there have been major upgrades with handling hurricanes from a scientific perspective.  First, there's been the development of a prototype storm surge watch and warning system. Some argue this is crucial since the storm surge is what caused so much of the destruction in New Orleans.

Also, forecasts have been extended 3 to 5 days, and there's been the extension times of watches and warnings.  Finally, track forecasting has improved greatly. It's estimated preparation costs average between $0.5 and $1.0 million per mile of shoreline warned.  So smaller warned areas, with greater precision and accuracy, can save a lot of money.