What to know about Thursday's Packers preseason game 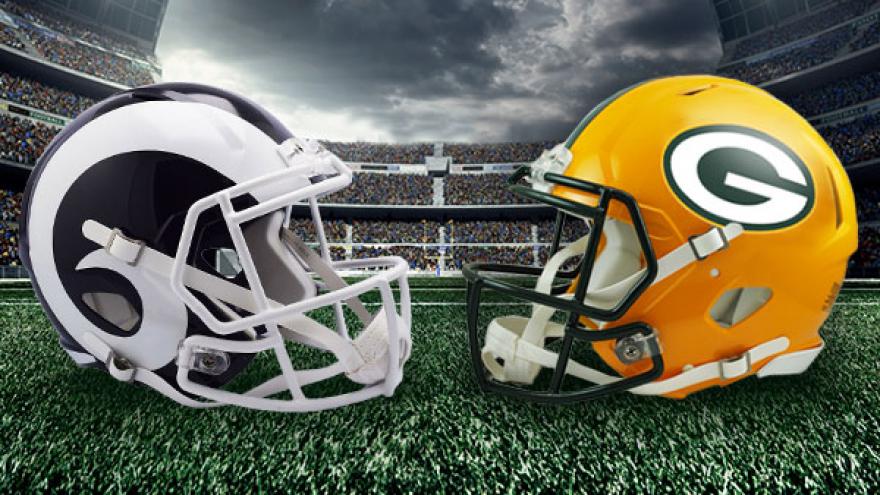 GREEN BAY, Wis. (CBS 58) -- The Packers are set to welcome fans to Lambeau Field Thursday night for the final preseason matchup against the Los Angeles Rams.

The Wisconsin Department of Transportation is reminding motorists that they should allow extra time traveling to Thursday’s game, as commuter traffic and ongoing construction projects may cause slow travel.

The Packers are reminding fans of the NFL’s stadium safety policy. No bags or purses will be allowed inside Lambeau Field unless they are clear plastic, vinyl or PVC and are no larger than 12” by 6” by 12”. Stadium cushions are also not allowed as a part of the policy, however, stadium seats and stadium pads that contain no pockets or zippers and are 18” wide or smaller are allowed. For more information, visit packers.com/carryin.

The organization is reminding game attendees that all fans entering Lambeau Field on gamedays will use walk-through metal detectors. The most efficient way through the detectors will be via express lanes, which can be found at each gate and used by fans entering the stadium without any bags or stadium seats.

The Lambeau Field parking lots will open at 2 p.m., with stadium gates opening at 4 p.m. The Atrium will be open to ticket holders at noon via the American Family Insurance Gate, with exit/re-entry ticket scanning allowed until 2 p.m.

Thursday’s game is the annual Midwest Shrine game. Since its inception in 1950, the game has raised more than $4 million for the Midwest Shrine’s burn centers and hospitals. Janine Brass, a former patient of the Shrine Hospital and a fan favorite at the Shrine game for many years, will perform the national anthem.

During halftime, the High School Quarterback Challenge, presented by HPE and Camera Corner, will take place on the field. The competition will feature players from Park High School in Racine, Wis., and Green Bay West High School.

To recognize ‘Play Football Month,’ the Packers have invited four teams from the Cottage Grove Parks and Recreation League to stand in the end zone during the national anthem and to scrimmage at halftime. In addition, the Packers have donated more than 2,000 tickets to Thursday’s game to youth football teams and Play 60 programs.

Prior to Thursday’s game, fans can see the original Super Bowl I MVP Corvette as part of a museum display from Rawhide on the fan walkway. The car will be available for photo opportunities, and the display will share the story of Rawhide’s first car donation from Bart Starr.

The pregame festivities will also honor Hannah Marie DeMille from Green Bay, Wis., as the “Shopko Kick-Off Kid.” Hannah hosted a coin drive to raise money for the Howard Suamico Giving Tree Back to School event that provides families in need with free school supplies and backpacks.

The Johnsonville Tailgate Village, the permanent tailgating and event structure in Lambeau Field’s east side parking lot, will open at 2 p.m. for ticketed and non-ticketed guests alike and will feature the band The Presidents, as well as food, beverages and a festive tailgating atmosphere.

The free Green Bay Metro gameday bus service is available again this year, with extended service to several areas of Green Bay. Fans visiting prior to gameday also are encouraged to use the free G-Line bus route, which runs each half hour between Lambeau Field and downtown Green Bay. Further details and gameday route information is available at http://greenbaymetro.org/.