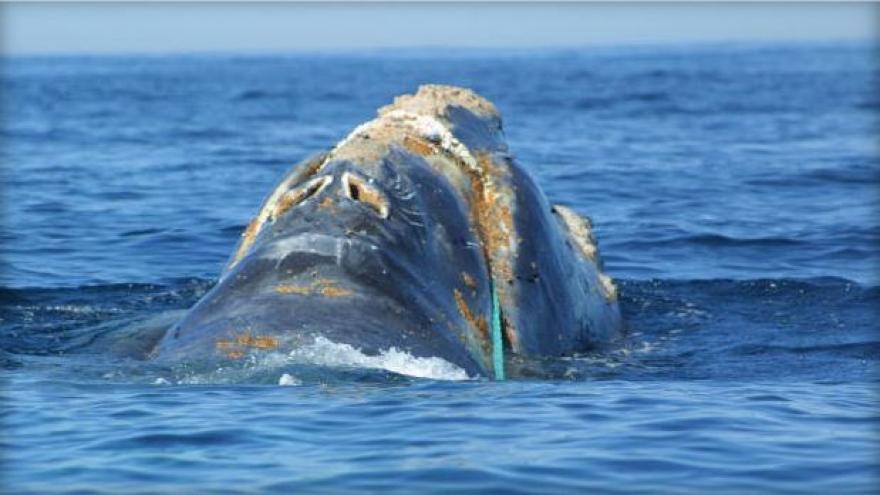 (CBSNews) A Canadian man who had worked for years to free dozens of entangled whales was killed soon after helping cut one loose, the Canadian government said Tuesday.

Joe Howlett, 59, was a founder of Campobello Whale Rescue, a non-governmental organization that saves whales off the coast of New Brunswick. He was on a rescue mission with Canada's Department of Fisheries and Oceans (DFO) to free a North Atlantic right whale that had become ensnared, according to a statement from the department.

Mackie Green from the Campobello Whale Rescue told the Canadian Press that the whale struck Howlett as it was swimming away after being freed. Green was not on the boat at the time, but said other rescuers recounted the events leading to Howlett's death.

"They got the whale totally disentangled and then some kind of freak thing happened and the whale made a big flip," Green told the Canadian Press.

The Center for Coastal Studies said Howlett's death was "the only human fatality in the history of the Atlantic Large Whale Disentanglement Network," a group of rescuers operating along the Canadian and U.S. East Coast.

"His expertise and dedication will be greatly missed," LeBlanc said.

LeBlanc said "there are serious risks involved with any disentanglement attempt," adding that "entangled whales can be unpredictable."

Howlett had helped free about two dozen whales since starting Campobello Whale Rescue with Green in 2002, the Canadian Press reported. He had worked to free one whale as recently as July 5, the DFO noted.

The North American right whale is one of the most endangered large mammals on the planet. Only about 500 remain in the wild, and scientists warned just last weekthat the recent deaths of six right whales constitute a "mortality disaster" for the species. At least one of the whales found dead was entangled in crab fishing gear.