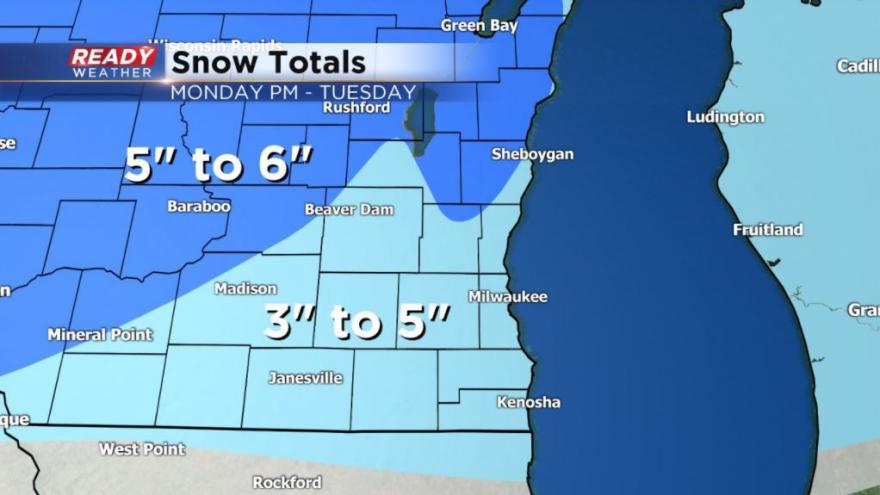 Only change to the forecast is that the initial band of snow is trending a little later, meaning that the Monday evening commute may be in pretty good shape. Snow totals still look good in the 3-5" range for most with the heaviest falling Monday evening and night.

After a two week plus break from the snow it is back just in time for the start of a new work week. Wet, slushy snow is expected to fall Monday afternoon and continue for over 24 hours, with some breaks, until Tuesday night. 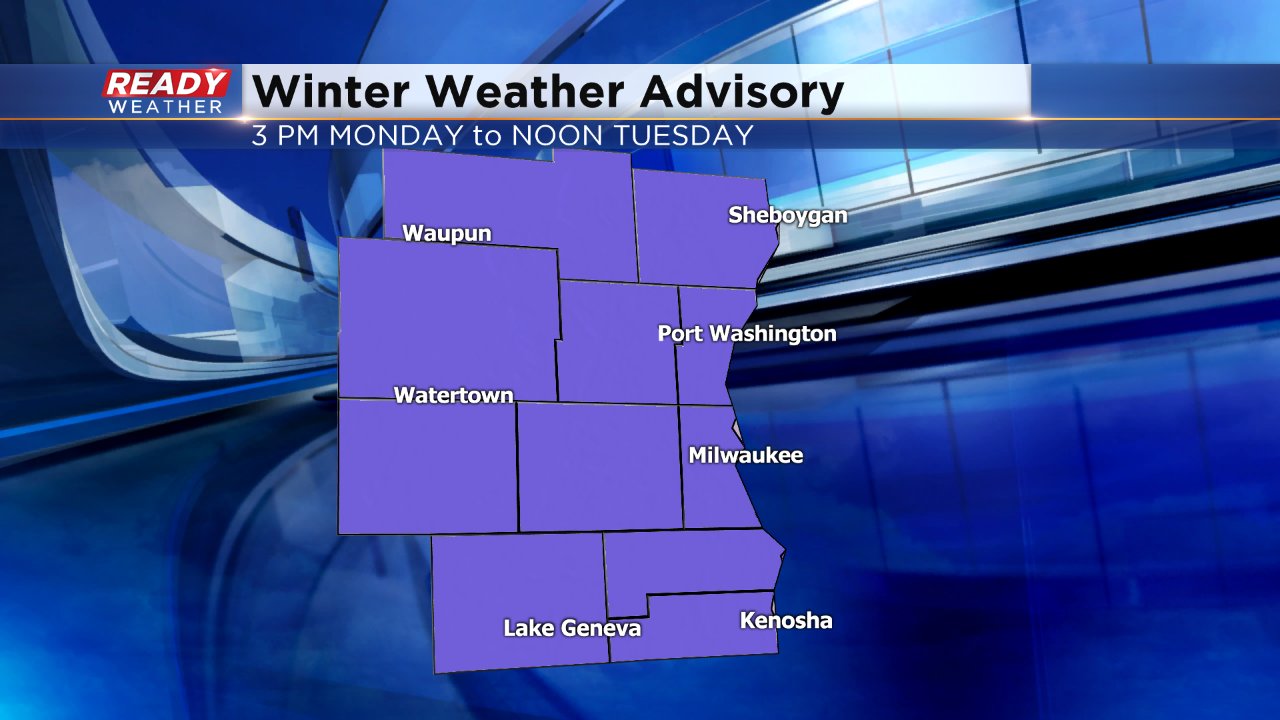 The Monday morning commute will not be impacted at all but a round of moderate to heavy snow will be possible Monday evening and night. There is some disagreement between weather models on the exact arrival of the moderate band, but if falls before or during the evening commute it will likely make travel tricky. 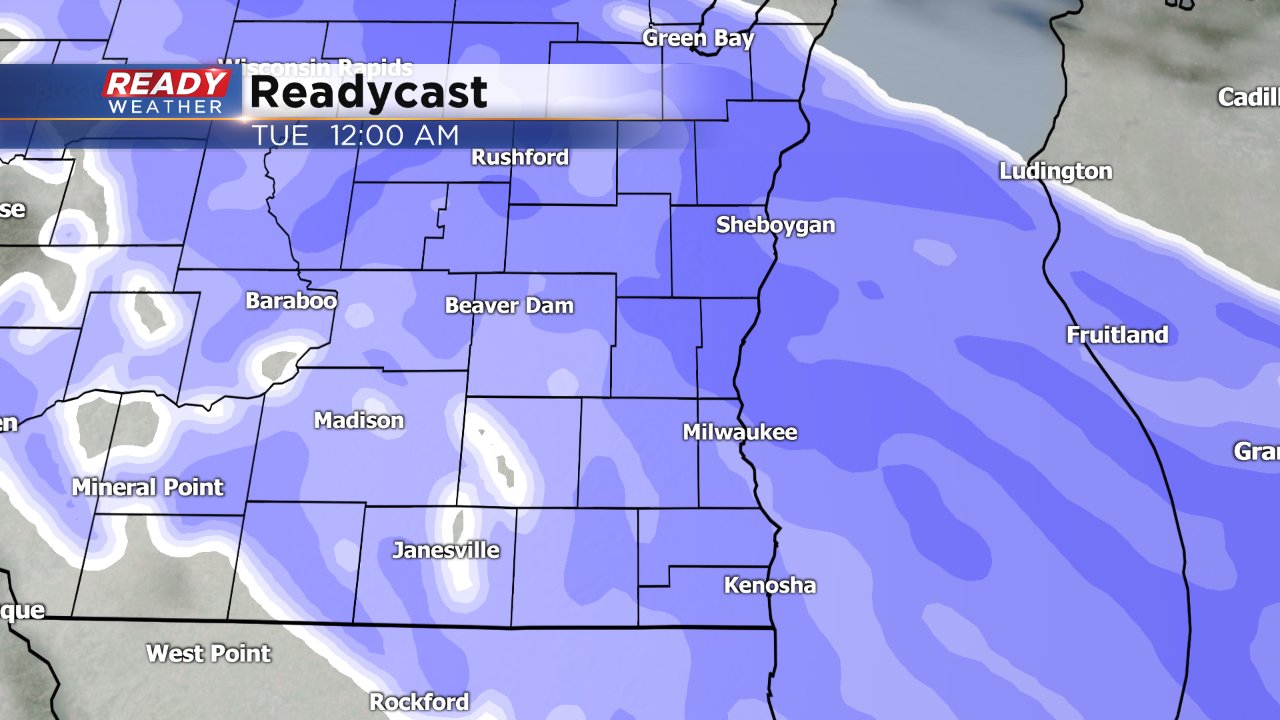 The moderate snow will also line up with a peak in wind gusts which could be as high as 40 mph. The combination of the moderate snow and strong wind will make for difficult driving conditions Monday night with near-zero visibility at times due to blowing snow. 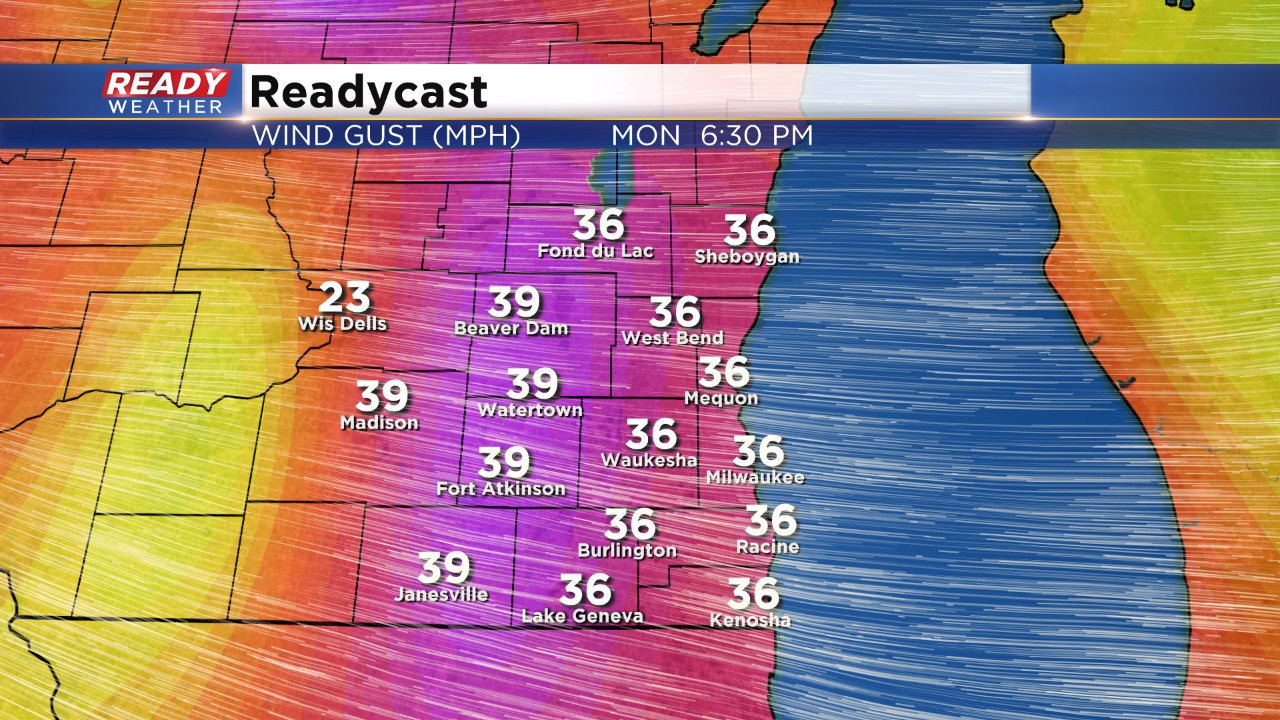 Although significant wintry mix or freezing rain is not expected, temperatures will still play a big role. When the snow starts to fall temperatures will be above freezing so it will likely take a few hours for snow to stick on roads, but slushy and wet roads are likely. A break in the action is possible for some Tuesday morning before more scattered snow showers arrive Tuesday afternoon and evening. With a break and temperatures hovering around and above freezing some of Monday's snow could melt before a couple more inches arrive Tuesday evening. This will likely make it difficult to measure the snowfall. At this point most of the area can expect between 3-5" of snow that melts quickly. 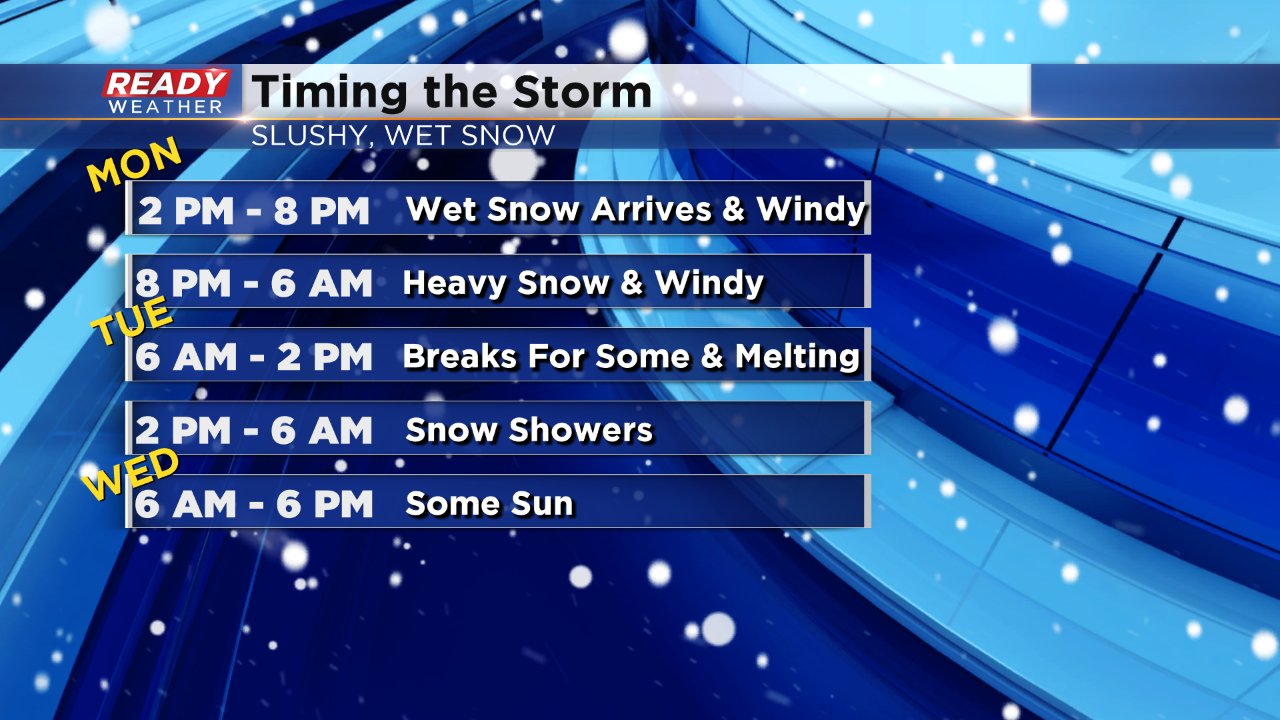 The combination of the wind and snow will be the biggest threat. Depending on the arrival of the moderate snow the Monday evening commute could be impacted and the Tuesday morning commute could see effects as snow starts to wrap up before a brief break. Wintry mix could be possible right when the precipitation starts Monday afternoon and again Tuesday morning, but is not expected to have major impacts. Cold air will not be an issue. 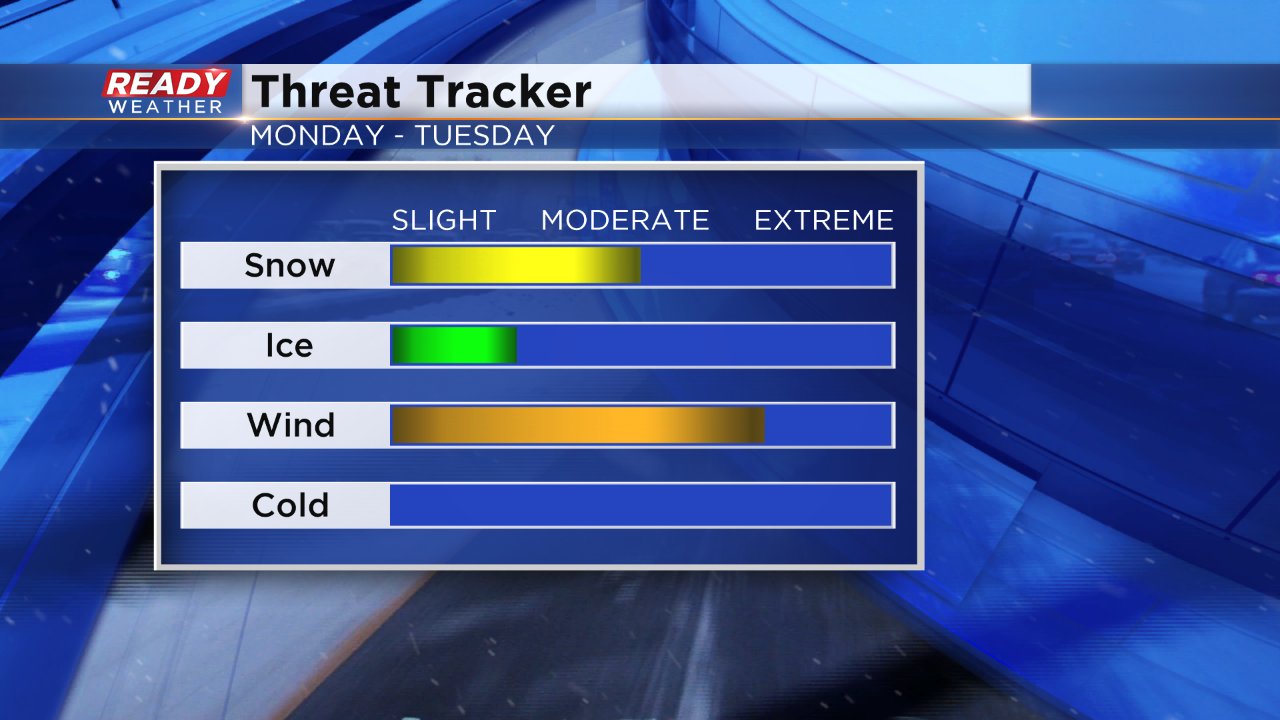 Download the CBS 58 Ready Weather app to track any changes with the storm and see where the snow is falling.