Wet and warm August comes to an end

NOW: Wet and warm August comes to an end

Welcome to September! The month of August is in the books and there was some wild weather to go along with it. Despite many lawns looking dry across southeast Wisconsin, August officially saw nearly record rainfall with 8.55" of rain falling during the month. That number is well above the average just under 4" and is good enough to be the third wettest August on record behind 1986 with 8.82" and 1987 with 9.05" of rain. On average, August is our wettest month of the year and that was certainly the case this year. 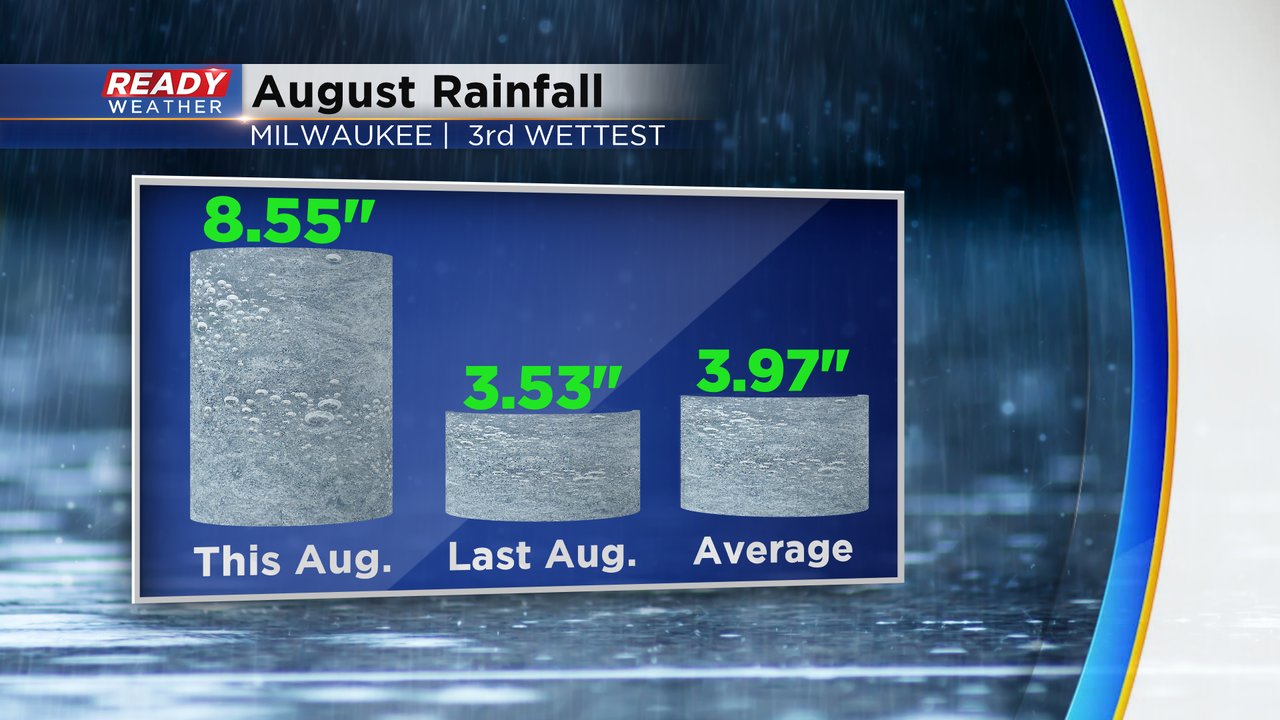 Some of you may be saying that it definitely wasn't that wet at your house and you may be right. Nearly all of the rain in August came with thunderstorms which can vary widely from location to location. We didn't have any widespread soaking rains. In addition to our heavy rains coming in thunderstorms, there were also some long dry times. Nearly all of Milwaukee's rain fell on five days. Milwaukee started off the month with record rainfall on August 2nd with 4.79", then we had some good soaking rains a week later on August 9th and 10th when the derecho moved through. Then we had an almost two week dry stretch before another record rain on August 25th followed by a soaking half inch on August 28th. But that's Milwaukee and many locations saw different rains at different times. 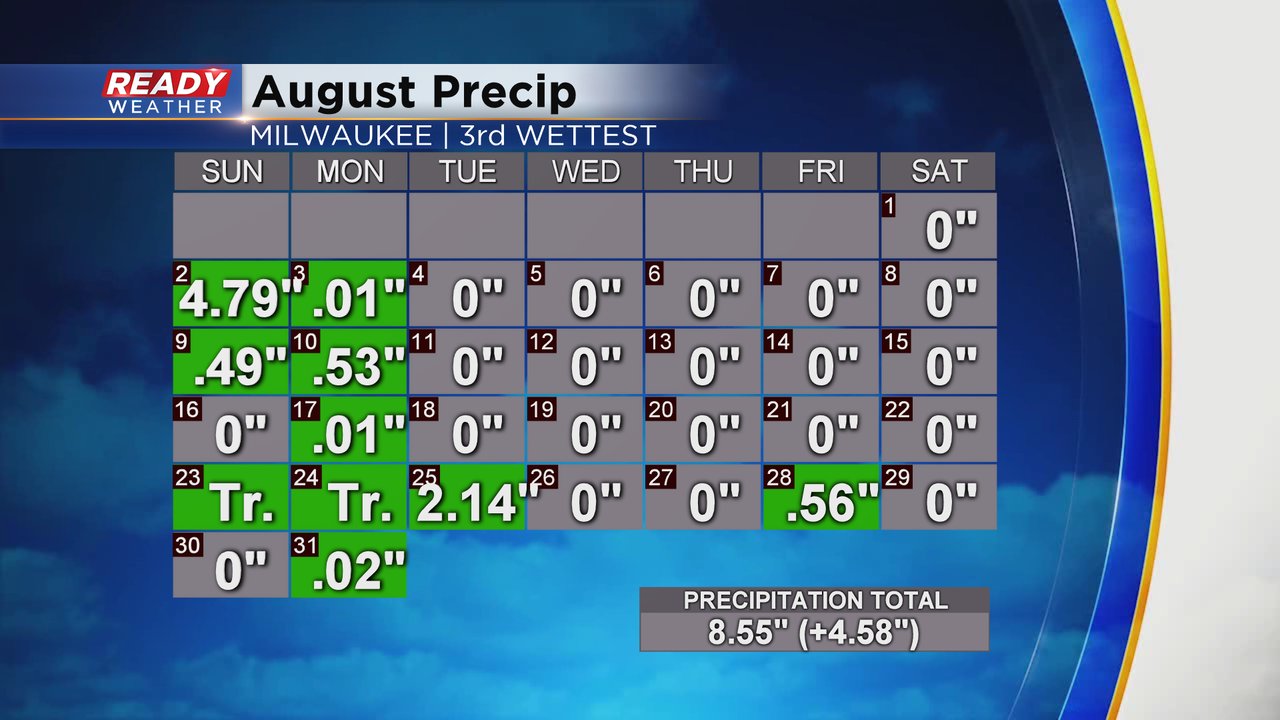 When it comes to the temps, August started out a little cool during the first week which is when the coolest temperatures of the month were recorded. The rest of the month was pretty warm with lots of 80s and a few 90s. Overall August ends tied as the 14th warmest on record. 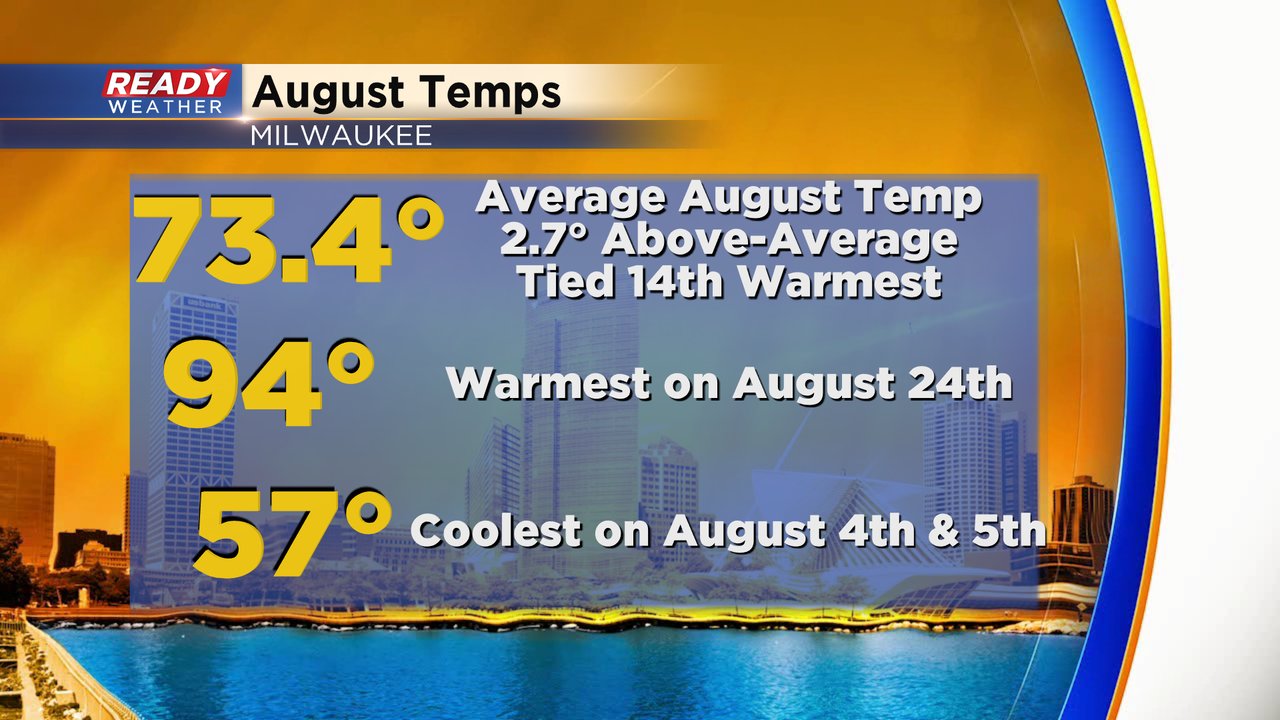 Now that it's September we will start to see those temperatures cool. The average highs go from the mid 70s to mid 60s and average lows from around 60 to the upper 40s. September averages just over 3" of rain and although we've never had measurable snow in September, we have had snowflakes fly as early as September 23rd. Autumn officially starts at 8:30 a.m. on September 22nd. 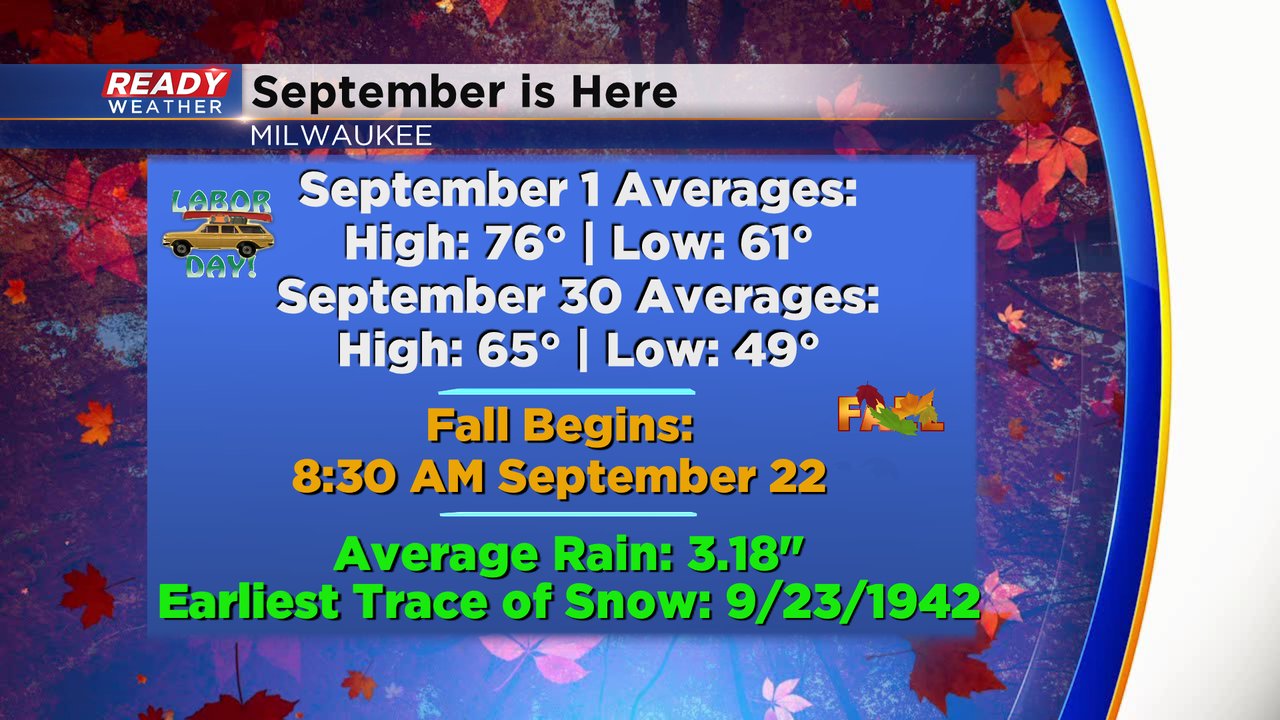 Download the CBS 58 Ready Weather app to see when fall-like temps start to move in.