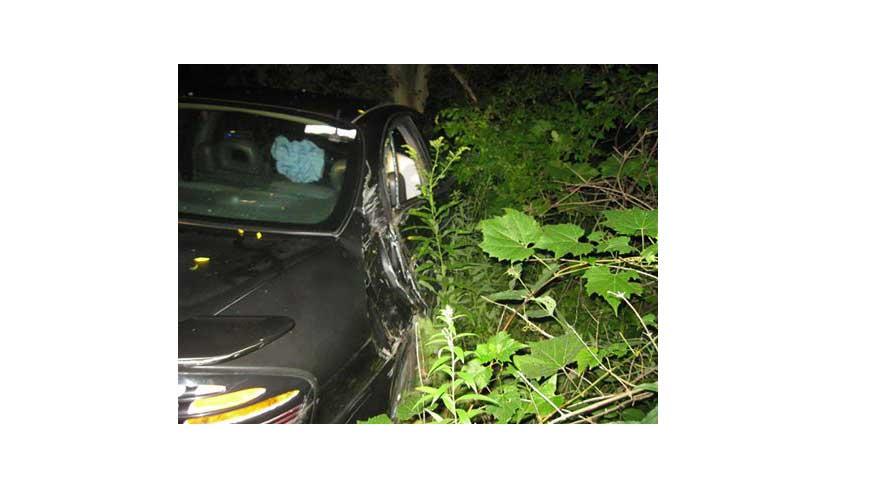 A West Bend woman was arrested after reporting her car stolen because a note left on her car after a hit and run matched her handwriting.

According to Washington County Sheriff’s Office, the incident occurred on Friday around 6:30pm.

A West Bend woman tried to report her car as stolen.

Washington County Sheriff’s deputy was able found out the woman was arrested by a local municipal police department earlier in the afternoon for a domestic abuse type incident.

It was also determined that earlier that morning, at about 4 a.m., the car she was reporting as stolen was involved in a hit and run accident.

The vehicle went into the ditch in the area of Paradise Dr. and Peters Dr. in the Town of West Bend and struck a utility box. The air bags were deployed and the car was left at the scene.

A note was left on the car indicating the driver would be back later to pick it up.

The deputy that investigated the accident attempted contact with the registered owner that morning with no success.

The deputy assigned to investigate the stolen vehicle complaint obtained a written statement from the female. The deputy also noticed that the handwriting on the written statement matched perfectly with the handwriting on the note left on the vehicle at the accident scene. The woman finally acknowledged she lied about the stolen vehicle because she did not want to get into trouble for crashing the car.

She was arrested for obstructing.