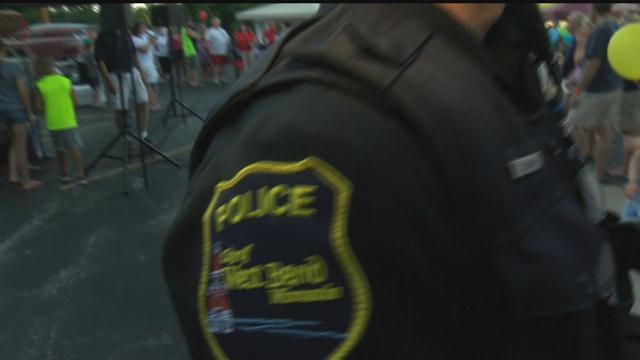 Showing love for police officers. Recently, there's been a lot of anger toward police officers across the country, but departments were received a lot of love Friday from a special community event in West Bend. Toucan Custard on North Main Street in West Bend was the backdrop for the event that was orchestrated by eight-year-old Violet Pahl. Watching the events that have unfolded nationwide, including the police officer deaths in Dallas, she wanted to do more than just deliver food to the West Bend police department.

"Then I thought of the idea to do a thing at a store and people can sign posters," Violet said.

"Toucan actually contacted us and said that they would love to sponsor an event. We were not expecting this," Mrs. Pahl said, as she described the crowd of hundreds who showed up.

Violet may be eight, but she's very much en tune with what's been happening.

Members of law enforcement couldn't help but be touched by showings of support.

"And I think it goes to show that the majority of the public appreciate the police and respect what we have to do," said Sergeant Brian Scharinger with the West Bend Police Department.

Even wives of police officers were moved by Friday's event.

Ten percent of the proceeds from Friday's event will go to the Shop With a Cop program, and local business DreamMaker Bath and Kitchen will match that.