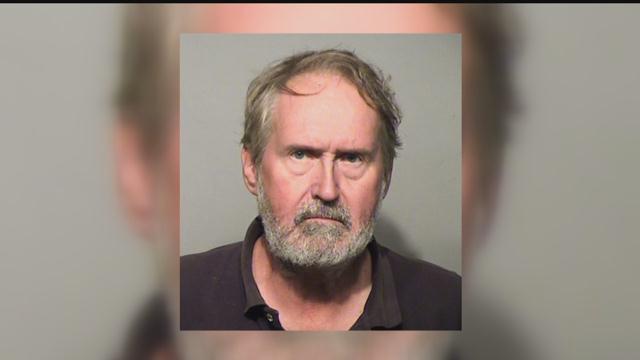 All summer is how long Kim Murphy said she's had to look at her neighbor's overgrown yard.

Fed up, she called the City of West Allis. An ordinance states that grass over six inches tall is a violation and a $300 fine if the city has to come out and cut it. The city sent the homeowner notices about what was going to happen.

"So they came out that Thursday and he yelled at them," she said. "They left and came back the next day."

But the forestry department crew didn't come alone. West Allis police officers showed up too, to protect them from George Toeller.

"He's a loose cannon you just never know what he could've done next," Murphy said.

According to the criminal complaint, Toeller, 73, started arguing with officers about the city cutting his grass, when all of a sudden, he pulled out a loaded gun and pointed it directly at the officer. The officer was able to "push the gun up and away" to get control of it, take it away and arrest the man.

Murphy and her neighbors aren't surprised this happened.

"He was always harassing people and yelling and screaming," she said.

West Allis police were aware there could be a confrontation.

The department has flagged Toeller with an officer safety alert based on a past incident with guns in Racine. The alert allows dispatchers to tell those responding to use caution. A squad has been sent to his home four times in the last five weeks alone.

Now that the eyesore is gone, Murphy hopes her neighbor stays away too, so the neighborhood doesn't have to live in fear.

"We don't wish anything bad on him by any means," Murphy said. "We just want him to get the help he needs."

In Toeller's pockets, West Allis Police said they found two speed-loaders, a device that holds bullets so they be quickly reloaded into a revolver. They also found more guns and ammo reloading supplies in his bedroom.

He was scheduled for a preliminary hearing Friday, but said he can't afford an attorney. His next court date is in August.