'Everybody was yelling breach the building': West Allis man charged for taking part in US Capitol riot

NOW: ’Everybody was yelling breach the building’: West Allis man charged for taking part in US Capitol riot

According to federal court documents, David Mish, Jr. is charged with unlawful entry as well as violent entry and disorderly conduct on Capitol grounds.

A criminal complaint says Mish contacted the Washington D.C. Metropolitan Police Department on Jan. 7 stating that he had information regarding the fatal shooting of Ashli Babbitt inside the Capitol.

He told a detective during a phone call Jan. 8 that he had entered the US Capitol with a group and went into a bathroom adjacent to the Speaker's Lobby. "Because I entered the Capitol building, are you guys gonna take me to jail? I didn't break anything...I went in, yes," Mish said.

He then said, "I came up the stairs where the scaffolding was. I was with a group of guys....everybody was yelling 'breach the building," according to the complaint.

He described Babbitt as saying words to the effect of  "Just open the door. They're not gonna stop," to an officer blocking the doorway.

Mish told investigators he had cellphone video of some of the activity that took place inside the Capitol and said, "from my video you can tell that I was one of the -- I was the first group of people to hit that doorway," referring to the doorway leading to the Speaker's Lobby that rioters were attempting to breach.

He told officials he was wearing a black sweater, blue jeans, and a blue lives matter hat with the United States flag on it.

CBS 58 went to the last listed address for Mish in Wauwatosa.

The person who lives there now confirmed Mish previously lived in the home.

They even said police came looking for Mish a few months ago.

“He was well within his rights to travel that great distance and express his freedom of thought, freedom of speech, that’s what being an American is”

“Have a stance but be well versed in what that stance is, know the complications are, the repercussions that is. But be smart about it, don’t try to piss people off.”

If convicted on both charges, he faces 18 months in prison.

Mish is ordered to stay away from Washington and not take part in any in-person political demonstrations. 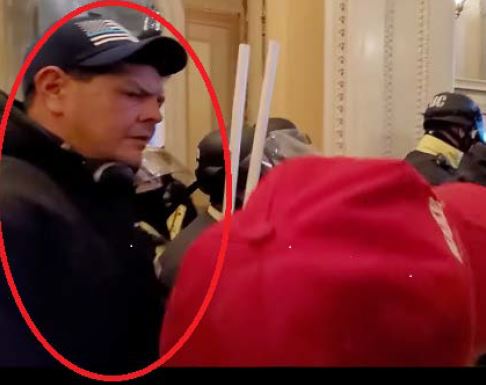 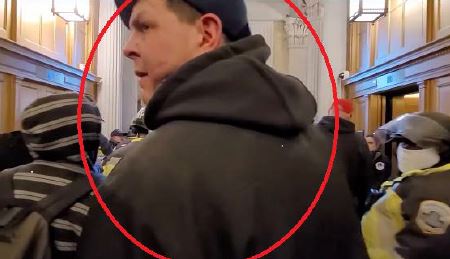