July is now in the books. We had just seven days with measurable rain. It went down as the 12th driest July, since records started back in 1871. 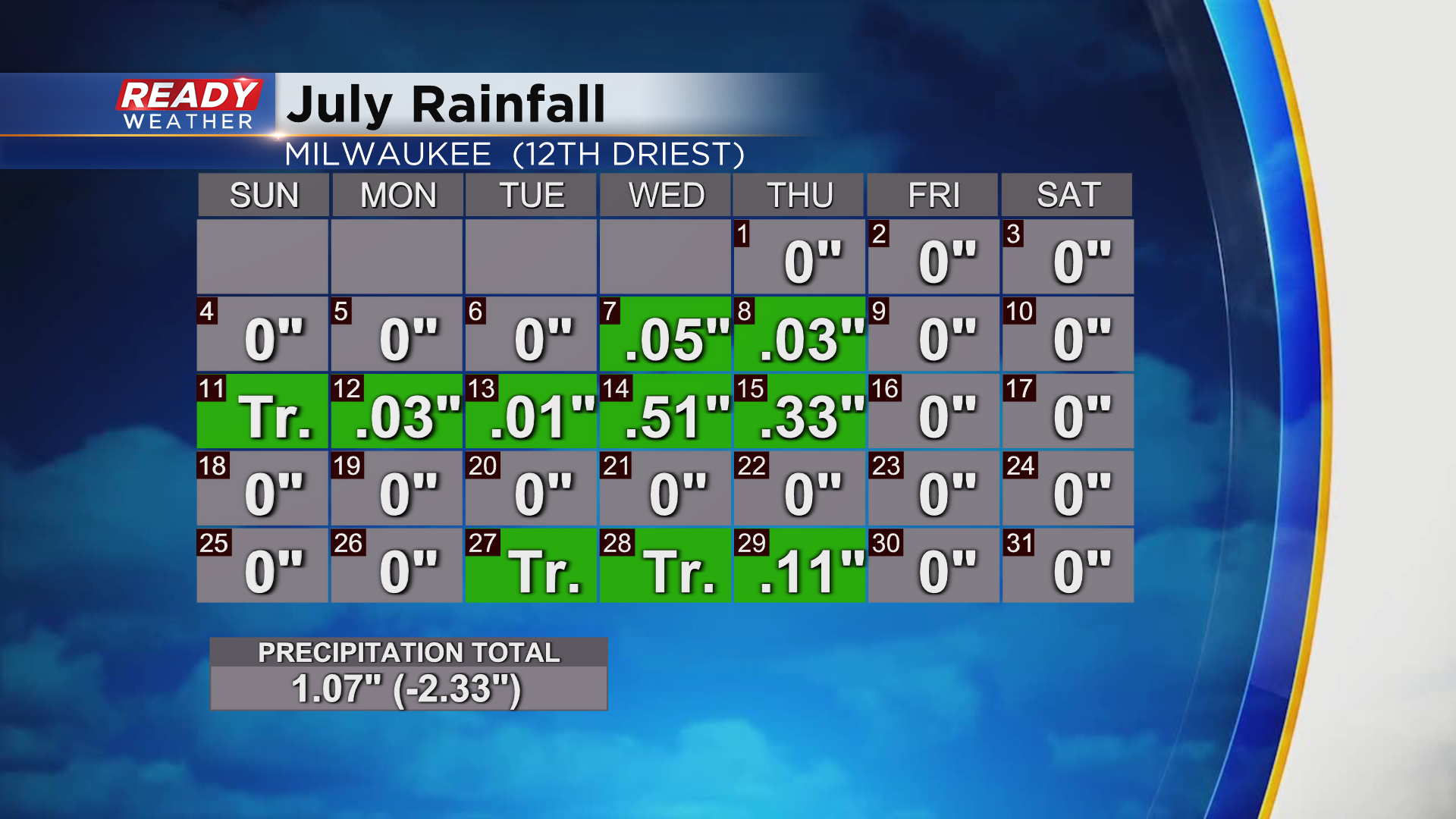 August is starting the same way with plenty dry days ahead. As we look at data since the beginning of the year, our dry weather really is shocking. For Milwaukee, we've received just over eleven inches of precipitation on the year. We should have nearly double that! With that amount we sit at second driest year to date in all of records. 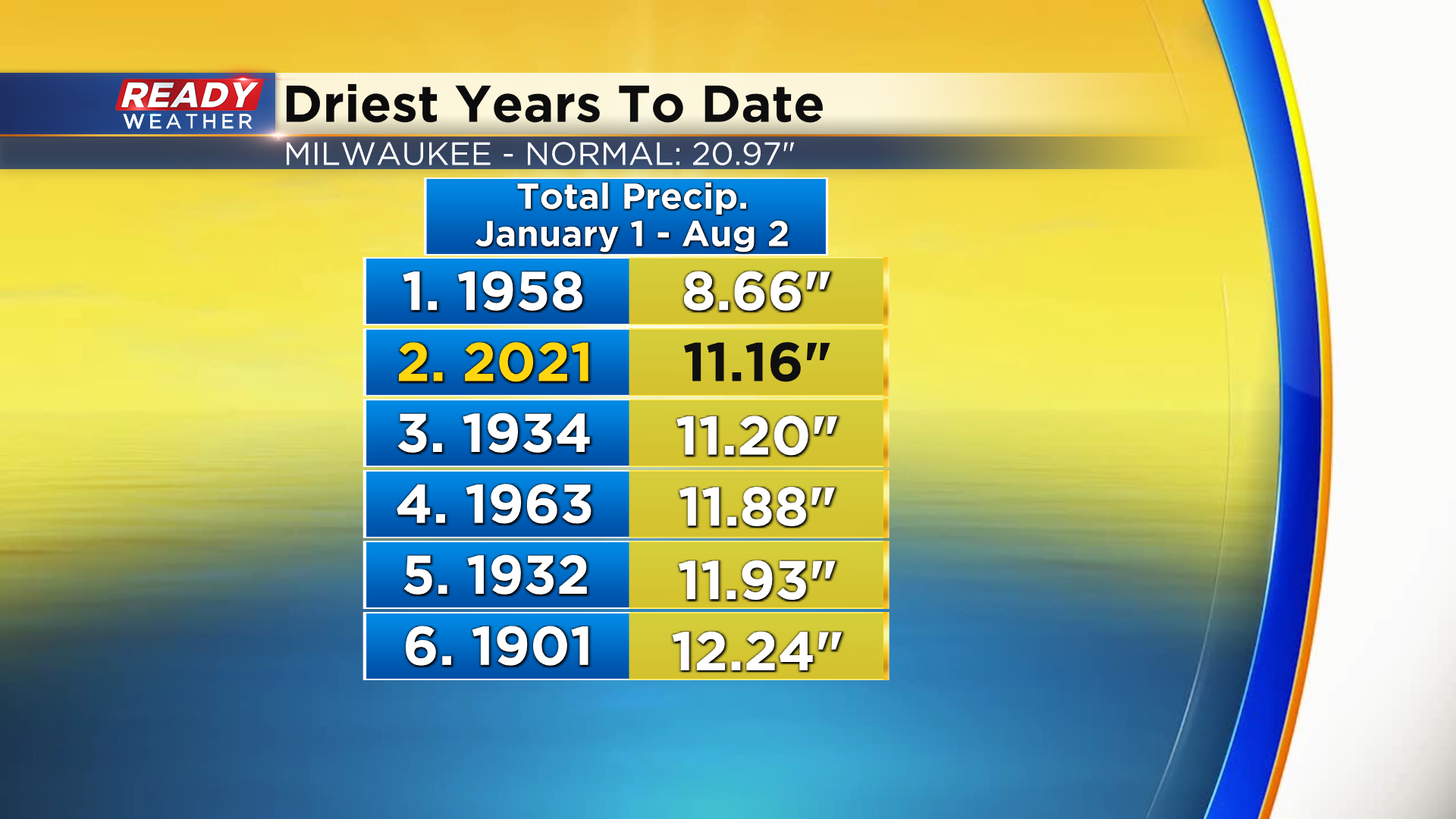 Only 1958 was drier through today's date. And a lot drier at that, so a hard record to beat at this point. That said, drought conditions persist even though we've seen some improvements in our drought monitor. 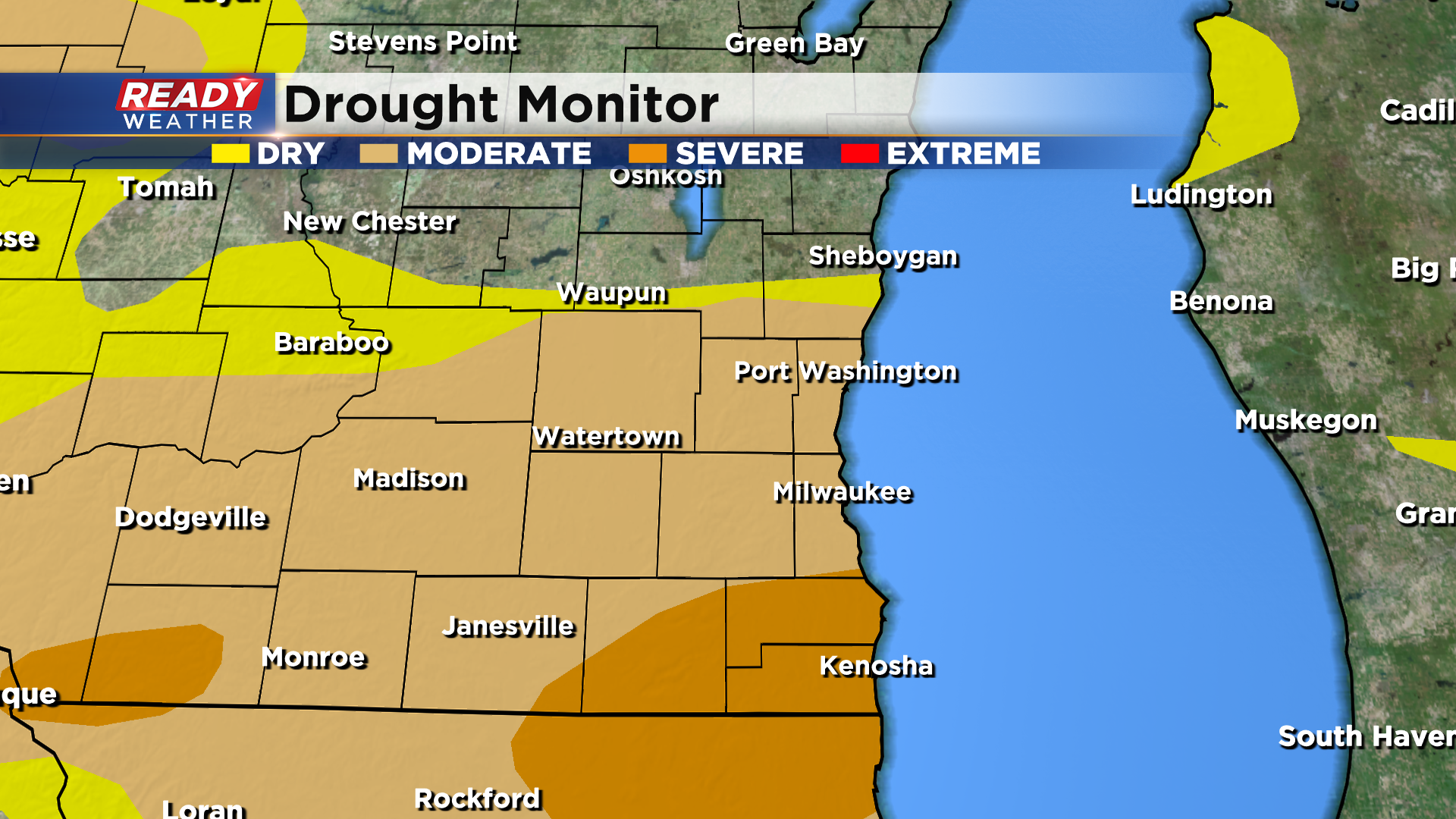 The worst of the drought conditions is still gripping our southern spots through Racine, Kenosha and most of Walworth county. As of today's forecast we are eyeing two chances for wet weather in the next week. The first opportunity will come Friday, generally in the afternoon and evening. It appears to be a scattered chance at best, but we'll keep a watch on that closely. There's a better chance for more widespread rain and a few storms on Sunday. Even there, the day does not appear to be a washout with the best chances coming during the first part of the day. The other part of the weather story is the building heat. By the end of the weekend we brace for temps in the 90s. That will also come with more humidity. Hopefully that's enough to help build some soaking showers that we badly need!