"We cannot agree to guilty or not guilty": Message from Jurors on Brantner Case 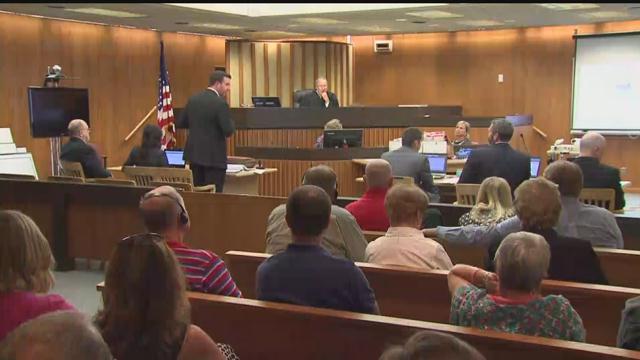 After a day and a half of deliberating, a Fond du Lac jury tells a judge they cannot reach a verdict in the case of Dennis Brantner.

Brantner, 62, is charged with first degree intentional homicide for the death of 18-year-old Berit Beck whose body was discovered 6 months after she went missing in 1990.

No one is calling this a 'hung jury' just yet. The case is still going on. Instead Fond du Lac County Judge Gary Sharpe is telling the jury to take more time in their discussion.

The latest developments in the case started just after 2 p.m. with Judge Sharpe receiving a note from jurors reading "We cannot agree to guilty or not guilty".

But less than 20 minutes later the jury sent another note asking to listen again to an audio interviews between brantner and authorities.

That was an indication that the jury is still working on their decision even through disagreements may exist between them.

As far as how to instruct the jury moving forward - the Fond du Lac county district attorney and the defense team had differing opinions.

Juror were released for the day at 4:30 p.m. They're expected back at the courthouse Wednesday at 8:30 a.m.