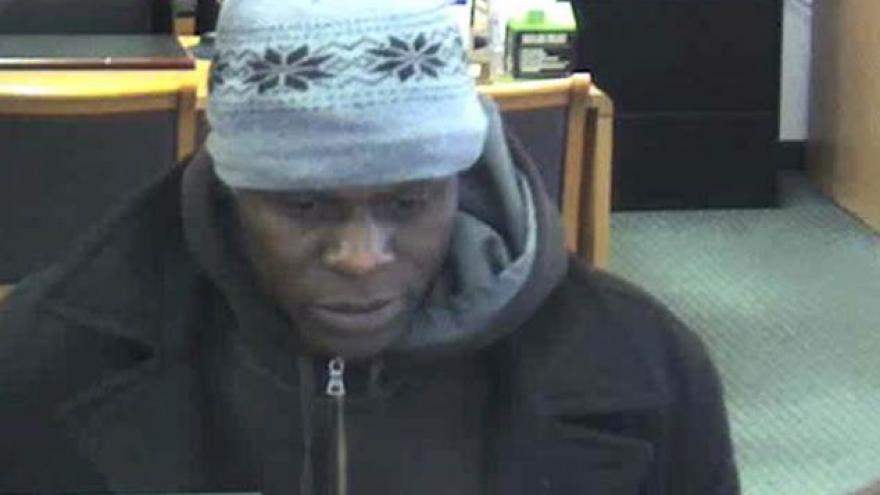 WAUWATOSA, Wis. (CBS 58) -- Wauwatosa Police are searching for a suspect wanted for an armed bank robbery. 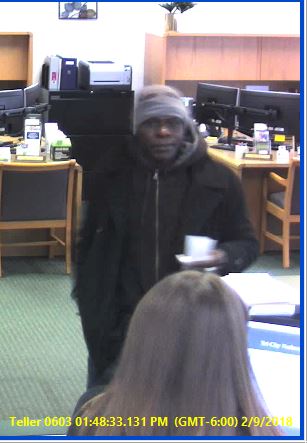 Police say the Tri City National Bank, located at 10859 W. Bluemound Road, was robbed at gunpoint by a lone male suspect shortly before 2 p.m. on Friday.

The suspect is described as a black male, 30-35 years old, 5’09”-5’11” tall, medium build, wearing a black winter coat with large pockets over a zippered, hooded sweatshirt, blue jeans, and a grey winter hat with dark accents.

The suspect presented a note demanding money and displayed a dark colored semi-automatic handgun. The suspect fled on foot west from the bank after the robbery and may have entered a light colored 2003-2007 Ford Expedition.

Anyone with information is asked to call the Wauwatosa Police Department at 414-471-8430.