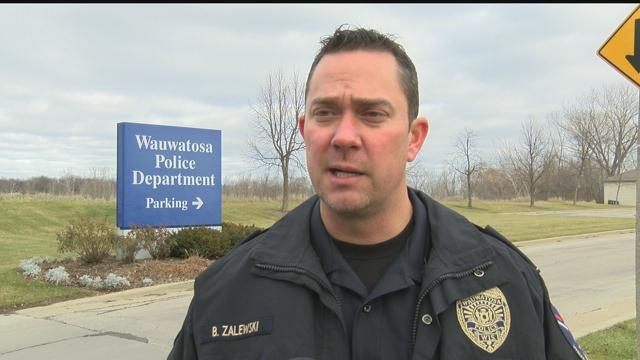 For the second day in a row an amber alert was issued for a missing child in Wisconsin. Today it was Wauwatosa. One and half-year-old, Deangelo Gaines was quickly found safe.

But the details of how this boy went missing are alarming

The boy was taken from his mother in a stolen car early this morning this all started around 6:15 AM in the parking lot at JC Penney in Wauwatosa.

Someone called 911 saying a man and a woman were fighting when Wauwatosa officers arrived the male suspect took off in a black chevy cobalt that had been reported stolen in Fort Atkinson yesterday.

Officers followed the car but the driver got away.

The mother then told officers her child was in that car Wauwatosa Police Department tried to find it and then decided they needed to issue an Amber Alert that went out a little before 11:00 AM and it was called off around 11:40 because they found the boy at a home near 49th and Center in Milwaukee but the information didn't come in until after the amber alert was issued. Wauwatosa Police explained why they turned to the amber alert system.