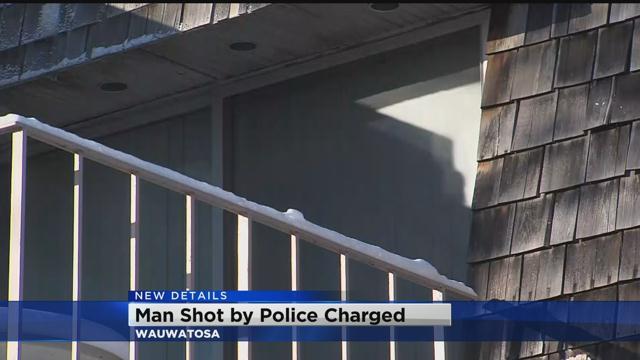 The man shot by Wauwatosa police during a struggle has now been charged.

Jerry Hubbard, 33-year-old, is charged with reckless homicide after officials say he suffocated his estranged girlfriend last monday in their apartment.

He then jumped from his balcony to run from police, but was caught.

Hubbard cut an officer with a knife prompting another officer to open fire on him.

Hubbard survived and is facing more than 70 years in prison if he's convicted.