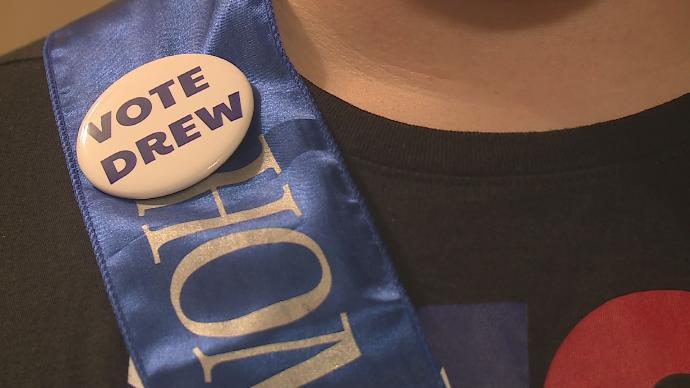 WAUSAU, Wis. (WSAW) - Drew Falasky is an ideal student full of school spirit. He was so excited to find out he made homecoming court.

"My mind was literally blown when I first heard my name over the intercom," Falasky said. "Being nominated for homecoming court is to me is literally a great honor, it's probably like the utmost respect that I can receive from this high school."

Since hearing the news, Falasky's family and friends have been helping him campaign. They've created posters with some of his favorite catchphrases and buttons that he has passed out to classmates that say "Vote Drew."

Falasky has been very open with his peers about his autism and how it may impact some of the things he says and does throughout the day.

He is involved in theatre and forensics, a public speaking competition. His forensics teacher has seen him grow over the years. Sophomore year, he decided to use his speech to teach people about autism.

"In the middle of the speech he said 'My name is Drew Falasky, and at the end of the day, I want to be treated like everyone else," Falasky's mother Anne said.

That mantra follows him every day at school. His friend Owen Scholz says Falasky's openness has brought greater awareness to students at their school.

"That people are realizing that Drew is such a great person is a testament that society is changing." Scholz said.

Falasky's parent's couldn't be more proud. "Hopes are high," David Falasky said. "Keep our fingers crossed for him. He's already made it this far, I think, I'm satisfied with court, but if he makes King, then he deserves it, good for him, couldn't be happier," Anne Falasky said.

The winner of homecoming king will be announced at a special assembly on Friday, and later that night will be the homecoming game with Wausau East v. Wausau West.