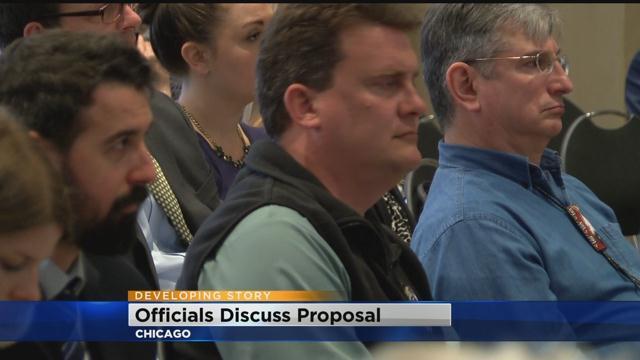 Before a vote by the Great Lakes Compact in May, a critical meeting took place in Chicago among those who will recommend whether or not the city of Waukesha should be able to divert water from Lake Michigan.

The biggest issue so far is the Waukesha water system includes areas outside of city limits.

A representative from Waukesha took some time to explain the Waukesha of water system lay out to members on that board.

Also Racine state representative Cory Mason made it clear he's against Waukesha's plan and hopes the board rejects it.

Over the next two days, they will go over Waukesha's proposal to tap into Lake Michigan.

Waukesha will need to go to a plan b, which includes tapping into new aquifers.

Reps from Michigan, Minnesota, New York, Pennsylvania and Ontario Canada made it clear they won't say where they stand on the proposal right now.

The largest issue so far has been Waukesha providing water to other parts of Waukesha County outside of city limits.

A representative from Wisconsin and Quebec went back and forth over this.