WAUKESHA, Wis. (CBS 58) -- An officer-involved shooting in the city of Waukesha is currently under investigation.

According to police, officers were dispatched to the 2100 block of Macarthur Road to conduct a traffic stop on a reckless vehicle.

It happened shortly before 7 p.m. on Monday.

The vehicle attempted to flee from officers in the apartment complex which lead to a pursuit.

During the brief pursuit, officers were informed to use caution as the vehicle had possibly been involved in an armed robbery.

The suspect then fled from the vehicle and two officers pursued on foot. At one point in the incident, an officer feared the suspect was reaching for a weapon and was forced to shoot the suspect to stop the threat, police say. 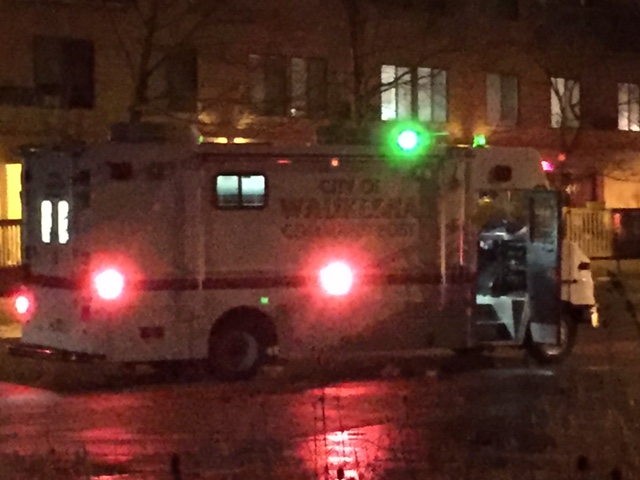 The suspect was hit in the leg and taken to a local hospital for treatment of what is believed to be non-life threatening injuries.

The suspect is a 55-year-old male that is currently on active supervision through the Department of Corrections and is a felony offender. Police say he has an extensive history of arrests including armed robbery, drug violations, and others dating back to 1982.

The suspect and officers names are not being released at this time.

The involved officers have been placed on paid administrative leave per policy.

"Based on the preliminary information gathered at this point, I believe that the officers risked their lives to fulfill the mission statement of the Waukesha Police Department; “A Pledge to Serve with Integrity, Honor, and Courage," Chief of Police Russell Jack said.