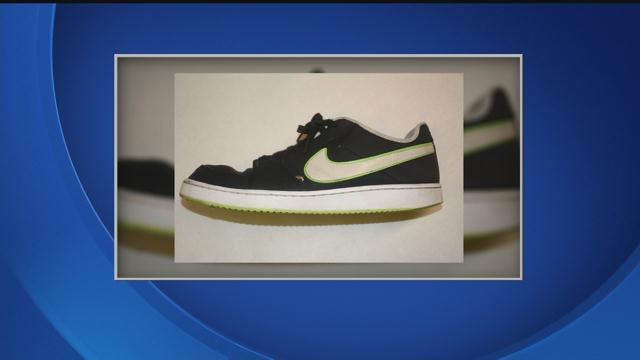 Waukesha Police have released a key piece of evidence that could help them solve a murder case.

It's a black and lime green-colored Nike shoe. Authorities said it was left at the scene of a homicide and they believe it belongs to the suspect. They hope someone will recognize it and lead them to an arrest.

\"I opened the storm door and looked out and oh my gosh, the whole neighborhood was lit up across the street,\" said neighbor Rosemary Paradise. \"There were 13 squad cars. The big fire truck, rescue squad.\"

Kevin Heuman, 40, was found shot outside his home on East North and Albert Street Friday night. He was taken to Waukesha Memorial Hospital where he later died.

Heuman leaves behind a wife and a six-month-old child.

Police have collected evidence from the victim's home and surrounding neighborhood, where Paradise has lived all of her life. She said she knew the victim and is in shock over what happened.

\"I feel very bad,\" she said. \"I thought those were nice people, that couple. I mean they helped me that one night. I like to know my neighbors.\"

If you have any information about the shoe, suspect or shooting, please call Waukesha Police at (262) 524-3926.