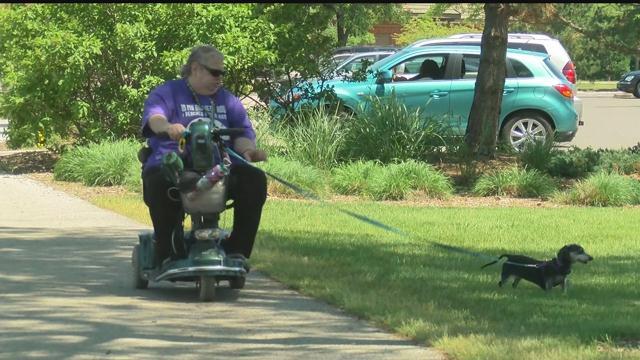 Police will be cracking down on their "no dogs" ordinance at many city parks. Waukesha police said dog owners need to start following the rules or tickets will be issued. Bringing your dog into a park where it's restricted could cost you $67. The city's common council recently lowered the ordinance fine. It used to be over $180. The $67 fine is the lowest possible amount the city can charge for an ordinance violation.

"Dogs in the park happens to be the most violated ordinance we have in the city parks historically speaking,” said Lt. Kevin Rice with the Waukesha Police Department.

Police say they expect to write more tickets. Officers will start warning park goers over the next few weeks, and will start ticketing after that.

Randall Braun stopped bringing his two dogs to frame park after he almost received the fine.

"My brother got a warning and shortly after that they were trying to give me a ticket,” said Braun.

Braun believes the "no dogs" policy takes away a family friendly environment.

"It's where we come to spend time as a family and we want to bring our dogs but we can't,” said Braun.

Sandy Schrank still brings her dog, Chloe, to the trails along the river.

"Why can't I enjoy nature and the river walk just like everyone else just because I have a dog," said Schrank.

She said it's the only way her miniature dachshund can get the exercise she needs. She often uses a motor scooter to get around, so the trails she can access are limited.

"I can't walk that fast, when I have the scooter she can run," said Schrank.