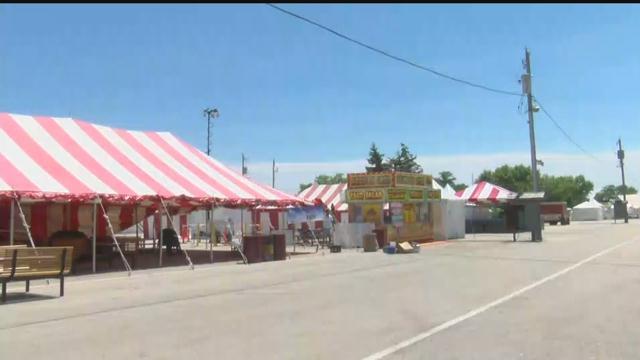 Waukesha County Fair opens its grounds right as the heatwave hits. The area could possibly experience the hottest days seen in years.

This year there's new additions that will help fair-goers beat the heat.

Here's everything the fair is doing to keep everyone cool:

The Waukesha County Fair's Executive Director Chrissy Gluege says the fair has had one misting tent for many years. This year there will be three. One will be located one the south end of the grounds. The other two will be near the side-stages. One will be at the Coors Light side-stage, and the other at the Leine Lodge side-stage.

"The misting tent is great. Not only can you walk on through it, you can hang out for a while, and kids can run like it's a sprinkler," said Gluege.

This year sealed water bottles will be allowed in the fairgrounds. Vendors and fair-goers can bring water in. Gluege says there are drinking fountains and a Culligan fill-up station inside the fairgrounds.

She says the fair officials aren't taking the excessive heat lightly, but they do expect and prepare for hot temperatures each year.

"The fair's always the third week in July. Between the animals being used to it or the workers being used to it, we prepare. Everybody is always making sure they're staying hydrated and watered," said Gluege.