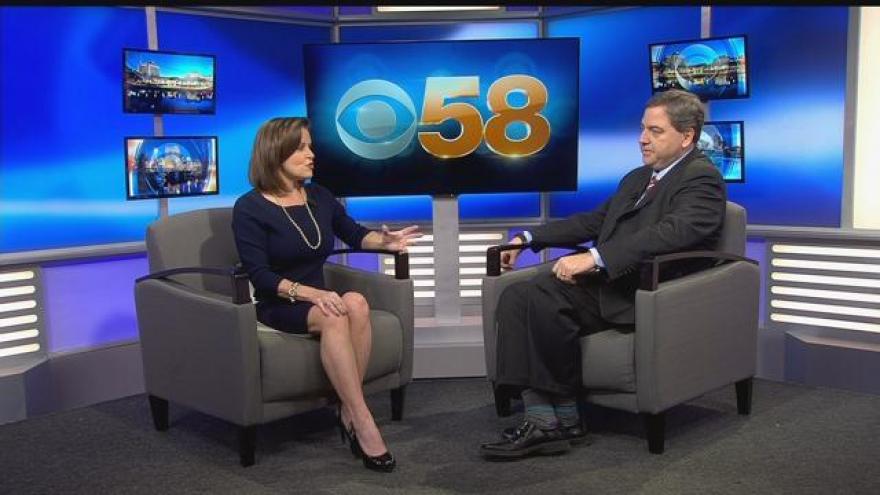 Wisconsin should figure prominently in the Trump Presidency.

It's something leading local republicans are celebrating on inauguration day.

"It is a great day," Waukesha County Executive Paul Farrow tells CBS 58's Michele McCormack. "And when you look at what we have coming from Wisconsin in speaker Ryan and  Reince Preibus as chief of staff."

Farrow says we also could have a supreme court nominee.

He says he's hearing the same thing reported by sources talking with CBS News that Appellate Judge Diane Sykes is still in the running.

"She'd be a great asset to the courts."

Farrow remarked on how this is the first time in a long time, we've seen a non-politician in the White House.

"The political world looks at it and says you don't know what we do," explained Farrow. "The rest of the world says we want him to do something different because we know what you do. It will be a neat dichotomy to see what the president and the Congress does."

When it comes to state politics, Farrow isn't quite sure a gas tax has legs to fund road projects.

And its not just because the Governor has promised not to raise the tax unless there can be a tax reduction elsewhere.

"Cars are more efficient.  More electric cars are on the road. There's got to be something else. We've got to try and find it, to help pay for the roads."

Farrow also says an effort by all local counties to work together to consolidate services so as not to compete for state dollars is reaping rewards.

"We have a great example when you look at Washington and Ozaukee County. They merged their county health departments."

Farrow insists service has remained the same and there are now a savings of about $200,000 annually.

"But the problem was there's a statute that prohibits us from doing that; having the counties work together. We've talked with the governor and the legislature and they realize here's a tool that makes us more efficient. We're not raising tax dollars. We're actually trying to be more competitive with each dollar."