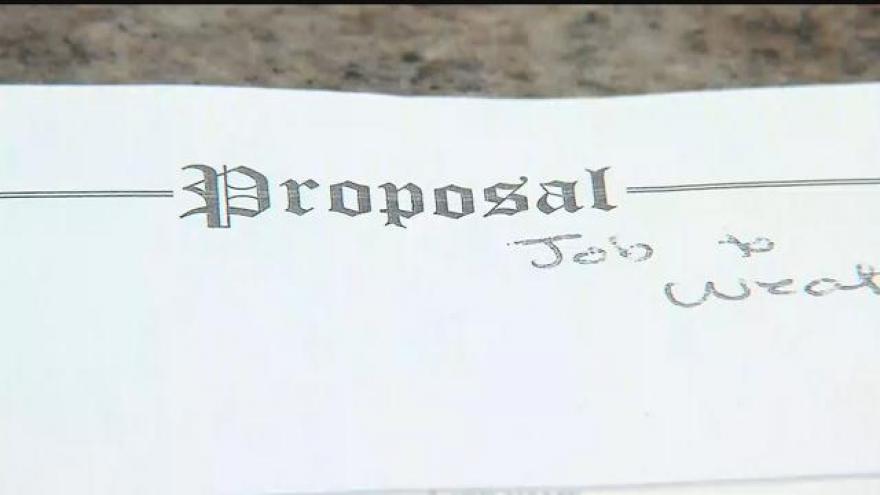 Jeffrey Baum is charged in two separate cases of Theft by a Contractor. The case filed in September, the second on Wednesday. The victim of the most recent case spoke to CBS 58 News.

“I trusted him because we had a contract,” said the victim who did not want to be identified. “We both signed it.”

The victim is out nearly $4500. He gave the money to Jeffrey Baum to repair the parking lot of his BP Gas Station. The work was supposed to start in June of 2016, but Baum made excuses for the delays.

“I was stunned,” the victim said. “I kept calling but he never called back but he texted me.”

According to the criminal complaint at one point the victim got a text back saying, "My husband is in the hospital and I have his phone...he might not walk again...I will return the money."

So the victim went to police. Officers contacted Baum several times and each time Baum said he would pay the victim back but never did.

Baum again claimed to be sick, but according to the complaint, investigators "noted this was not the first time Baum had claimed to be in the hospital with a serious ailment which turned out not to be true."

“People like this come and take your hard in money and it hurts a lot,” the victim said.

And this business owner isn't the only victim, Baum was charged in another case in September of 2016.

That complaint show Baum agreed to do work on a home two years ago. The victim paid $5000 but the work was never completed.

Baum is due back in court Friday.