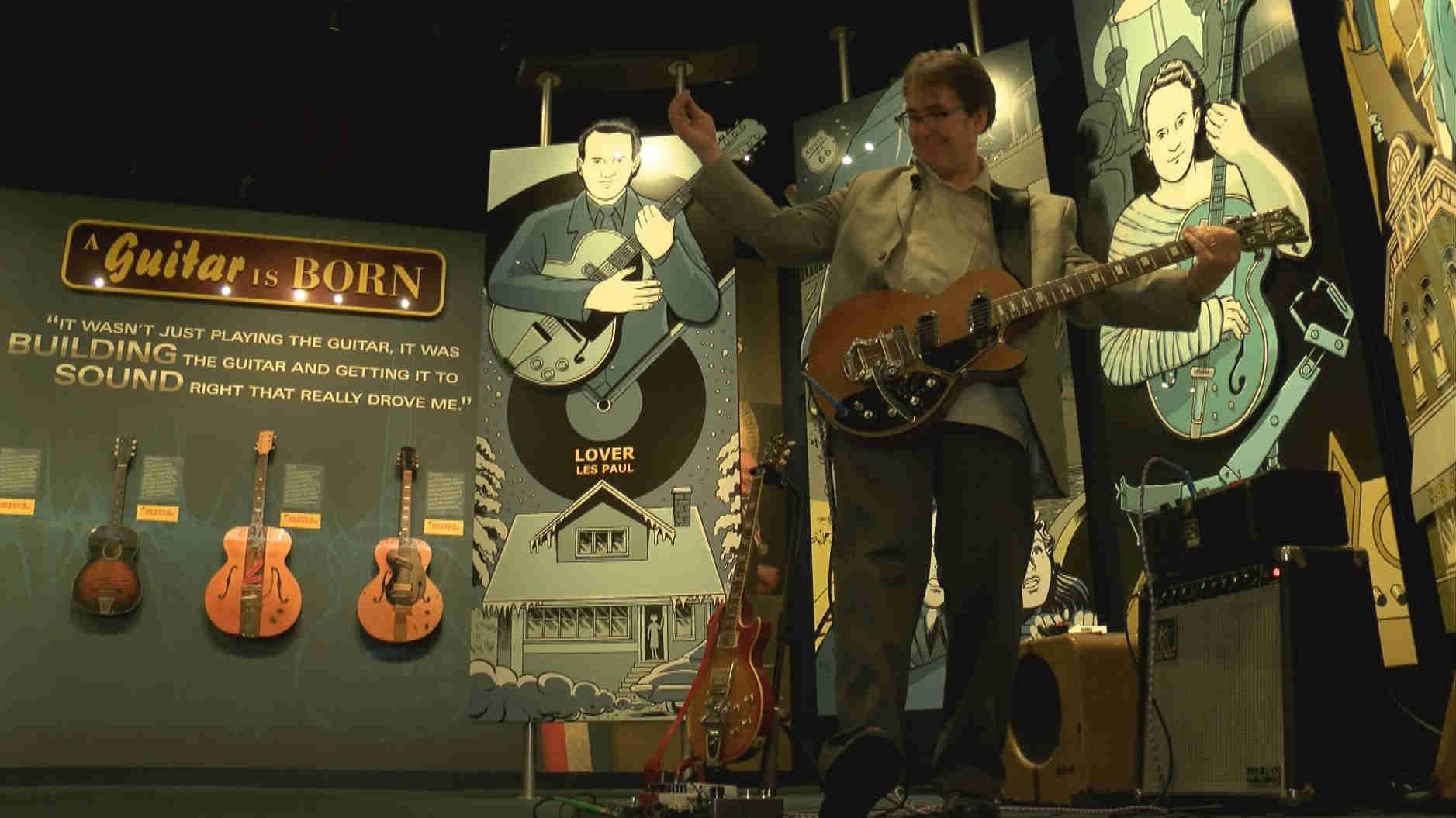 Chris Hanson likely received his talents and eccentric nature from his parents. But his musical inspiration? That came from Waukesha's most famous product -- guitar legend Les Paul.

\"He was a ground-breaker,\" Hanson said of his musical idol. \"He opened the doors for everybody.\"

Hanson grew up in Waukesha listening to Les Paul's records. Most of the world knows Paul for helping perfect the electric guitar, but Hanson was always more interested in \"the Wizard of Waukesha's\" innovations with recording equipment.

\"[Les] started the whole multi-track industry in the business,\" Hanson said. \"Which meant you could be in one place, have someone in another town add their part at a different point in time. He's probably even 75 years ahead of his time.\"

One hundred years after his birth to the day (born June 9, 1915), you can now find those inventions, philosophies and some of Paul's original guitars on display in the Waukesha County museum.

\"I can't count the number of times I've visited with, here in this exhibit, with people from all over the world,\" museum director Tom Constable said. \"The power and creativity of this one man, this one person created so much.\"

Paul's impact on the world spilled into his birthplace, with a major roadway and middle school (recently) named after him. Waukesha's downtown is also dotted with painted sculptures of his signature instrument, the Gibson Les Paul.

Vrakas calls Les Paul a \"good friend\". The former mayor got to know the guitar legend well after Paul returned to Waukesha in 1988 for his mother's centennial birthday. Vrakas says Paul was humble about his success.

\"You would not expect a person to be as laid back as he was who had the fame, the worldwide fame that he had,\" Vrakas said.

Universal recognition as a musical god, with his beginnings in Chris Hanson's back yard.

\"The contributions he made inspires you,\" Hanson said. \"It means you can come from a little town like Waukesha and you can make a difference.\"

The Waukesha County museum will hold a special birthday celebration Tuesday from 6:30 - 9 p.m. Tickets cost $50, with $30 benefiting the museum.

Hanson will play in a celebration of Paul's career Thursday night, August 6 at Naga-Waukee Park in Delafield. For more info, visit this website.