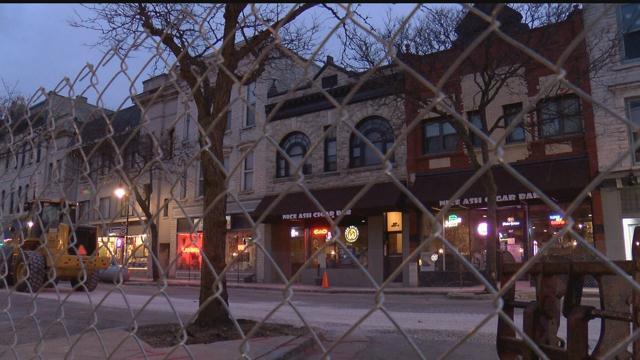 A downtown construction project some business owners fear will scare off their customers is now underway.

Before construction started on Monday in Waukesha, there was a big push by the downtown business association to let customers know their doors are still open.

Right now, work is focused on Main street between Clinton and Broadway. It's one part of three phases of the project, which is expected to last into July.

No traffic is allowed through and the construction zone also takes away access to a number of parking spots in an already limited area. That is why some business owners were concerned about their economic stability. Those who live nearby said noise is a factor too.

The city of Waukesha has kept sidewalks open for customers and have signs directing them to other parking places.

"The downtown area is not that big. You might have to walk an extra half block to a block to get to the establishment you need to get to," said Garrett Fox, general manager of Taylor's People's Park. "It's a little bit of an inconvenience, but we'd like to think our downtown businesses have a lot to offer and people will still be willing to make the trek."

"We're trying to figure out something to do with the windows for when the dust starts kicking up, but we'll cross that bridge when we come to it," said nearby resident Michael Stevens.

This is all part of a multi-year downtown Waukesha improvement project.