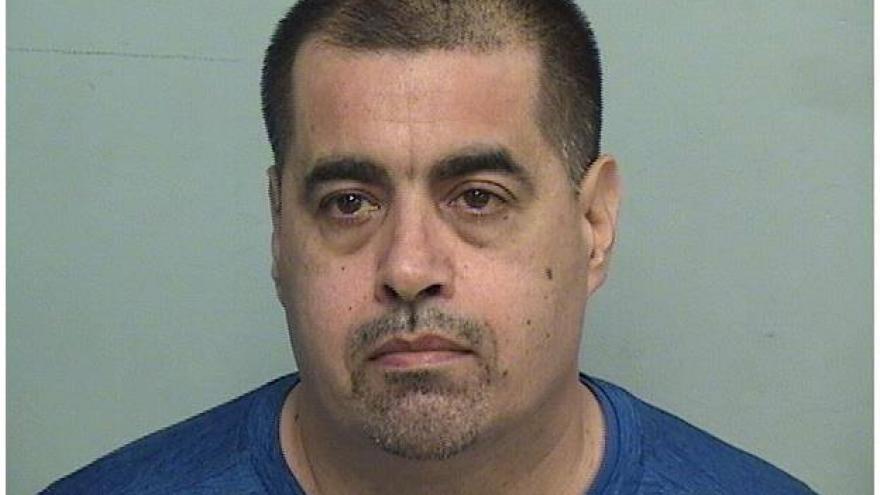 WAUKEGAN, Ill. (CBS 58) -- A Waukegan man was arrested after allegedly attempting to sell a burglary victim's property back to the burglary victim himself.

The Lake County Sheriff's Office was called to the 12900 block of West Wadsworth Road on June 19 for a report of a burglary to a landscaping trailer.

The victim told police that during the overnight hours, someone cut the lock on one of his trailers and stole five backpack blowers, two chainsaws, and a concrete saw.

A few hours after reporting the burglary, the victim was contacted by an acquaintance, 53-year-old Angelo Rodriguez.

Knowing that the victim owns a landscaping business, Rodriguez told him that he had some landscaping items for sale that he recently acquired.

The victim looked at photos of the items and identified several of them as the ones that were stolen from him overnight.

The Sheriff's Office conducted an undercover operation to view and purchase the items that Rodriguez had in his possession.

According to the Sheriff's Office, He was arrested at the scene and complained he wasn't feeling well.

After being checked out at the hospital, Rodriguez allegedly tried to flee on foot from Sheriff's Detectives.

After a brief pursuit, he was taken back into custody.

He is now charged with theft, resisting/obstructing a peace officer, and driving while suspended.