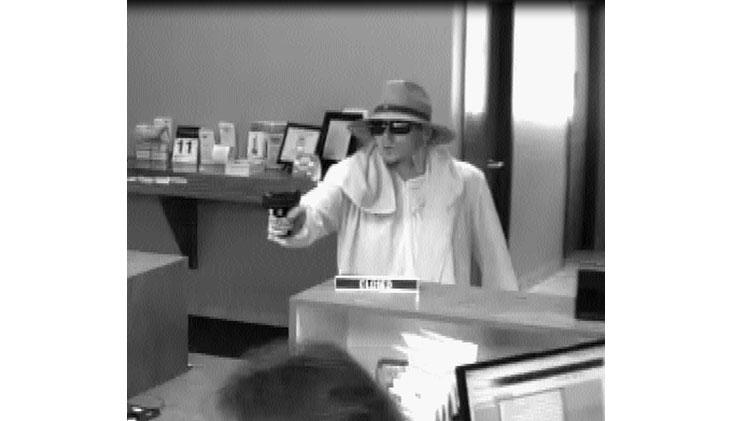 An alleged bank robber has been charged with making a terrorist threat along with armed robbery charges for an incident in Watertown.

On July 11, Raney allegedly walked into a bank in Watertown and told the teller that he had a bomb in a bag and pointed a hand gun.

According to the criminal complaint, he was wearing a white t-shirt, sunhat and a pink hand towel.

While responding officers were advised by the teller that he was Adam Raney.

A bank employee contacted Raney’s boss at a concrete company and obtained a cell phone number for Raney.

After fleeing the scene, Raney was found the next day at the Diamond Inn Motel in Milwaukee.  In the motel room on the table was several U.S. currency bills.

Raney told police he “had been released from prison” and he was “bored sitting around with not a lot to do.”

According to the criminal complaint, Raney said he a voice in his head told him not to do it all the way up to the point he robbed the bank.

Raney said he started to hang out with old friends and did a line of drugs. He said things snowballed after that into more serious things.

Before robbing the bank, Raney allegedly was stealing and cashing fraudulent checks from his boss.