Water saving washing machines could change the way you do laundry 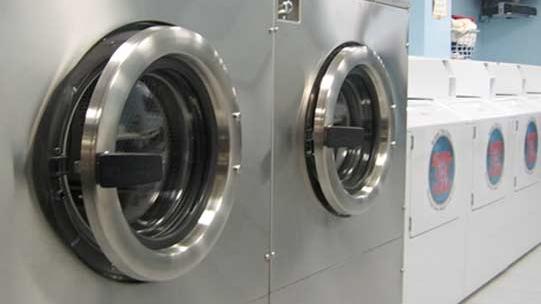 British scientists have developed a new washing machine that uses plastic beads to help get stains out of clothes.  Major U.S. hotel chains are already using the new technology and engineers say they're working on model that can be used at home.

The washers use plastic beads and just a little water. Some British companies using the machines have noticed a savings of about 60 to 70%.  Xeros machine makers say that's about 350,000 gallons of water saved each year.

Major hotel chains Hilton and Choice are already using the washers at some U.S. locations.

The British scientists who developed the technology say a small amount of water helps the beads gently rub against the clothes and act like sponges to absorb dirt. Physicist Steve Jenkins says machines use about half the detergent and energy as traditional washing machines.

There's around one and a half million of the beads spinning through each machine. They're about the size of a grain of rice, but are hard like marble. Xeros insists the beads can't slip through the washer's drain, rarely get stuck in clothing and can be used in up to a thousand washes before recycling.

Engineers are working on a washer-dryer model for American homes they hope to sell within two years. Manufacturers say the bead technology lets you throw whites and colors into the same load without worrying about colors running onto other clothes.