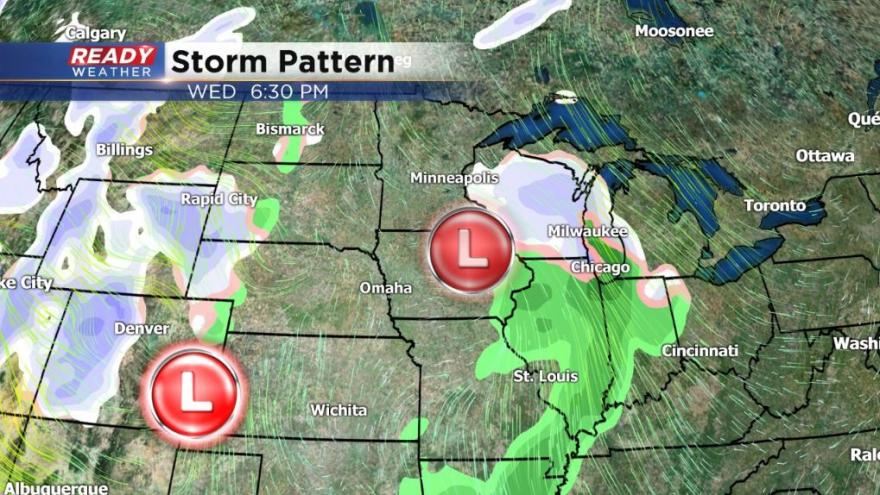 The sunshine finally returned to southeast Wisconsin on Saturday and besides some fog and a few flurries Sunday morning, it stuck around. Expect more of that sun on Monday and Tuesday with high temperatures very closer to average which is 35° this time of year.

Sun won't last forever and we are already watching a few quick hitting storm systems that arrive toward the middle of the week. The exact tracks of these storms will be in limbo the next couple of days, so expect changes with precipitation type and temperatures, but right now a mix of rain and snow looks possible.

The first storm arrives Wednesday, trending towards the afternoon and evening where light snow turns to rain. Right now, this storm is our best chance at accumulating snow but it doesn't look like much.

There is a chance for wintry mix on Thursday, but it has been trending dry the past 24 hours as one storm leaves and another arrives.

The second storm arrives Friday and has taken a warmer trend with the latest weather models. This storm will mainly stay to our south and just skirt southeast Wisconsin. What did look like snow has now switched to a mainly rain event.

After a very snowy November, southeast Wisconsin has been lacking on snowfall so far this December. According to averages, by this point in the month we should have seen around 3", but most have only picked up a dusting.

Download the CBS 58 Ready Weather App to track changes in the storms the next 72 hours.