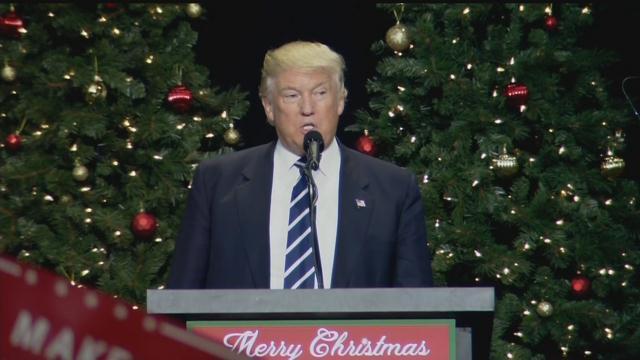 About two dozen demonstrators protested the visit outside the building.

Supporters of Trump lined up early in the bitter cold to attend his rally.

State Senator Leah Vukimir was among first responders helping a woman having a medical emergency at Trump's rally.

ORIGINAL: The doors are open at the Wisconsin State Fair Expo Center.

President-elect Donald Trump is scheduled to speak there later tonight.

It's part of his thank you tour.

Vice President-elect Mike Pence is scheduled to join him along with other top Republicans from Wisconsin.

His visit on the same day his controversial pick for Secretary of State becomes official.