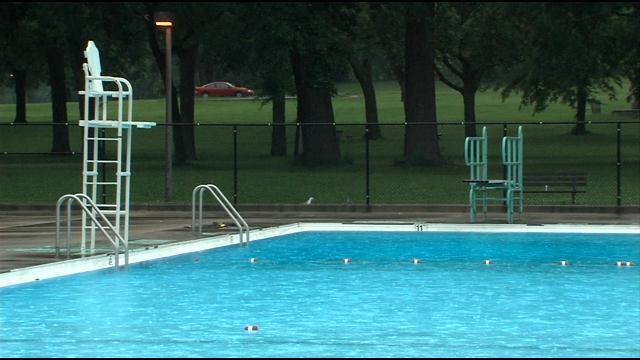 Wells Fargo in collaboration with Milwaukee Habitat for Humanity began work on a comprehensive Neighborhood Revitalization plan to improve the quality of life for thousands in the Washington Park neighborhood extending beyond Habitat’s well-known homeownership program.

“In 2015, Wells Fargo provided Milwaukee Habitat for Humanity a $225,000 grant to assist in the Washington Park neighborhood revitalization,” Kim said. “Our team members have provided hundreds of hours of volunteerism toward the repairs and restoration of homes in the neighborhood, and we’ve also been assisting with efforts to fix up the Washington Park Pool. That pool and the recreation opportunities it provides residents is a key part of community development and pride.”

Improvements to the pool began this summer when a number of Wells Fargo and Habitat volunteers installed new benches and did landscaping projects around the splash pad and wading pool. Major interior construction of the locker and changing rooms will take place at the end of summer.

“Helping our communities and their residents has always been a priority for Wells Fargo, because we believe we are only as strong as the communities in which our team members live and work,” Kim said.

The park’s swimming pool and building were built in 1964 and has operated continuously. Once again this summer, the YMCA's Milwaukee Swims Program will provide a very reduced cost for families and individuals to  receive swim lessons.

Milwaukee Habitat’s five-year neighborhood revitalization strategy, now in its fourth year, is reinvigorating the Washington Park neighborhood. Homeownership rates are increasing, property values have stabilized, crime has been substantially reduced and there is a renewed sense of pride among community residents.