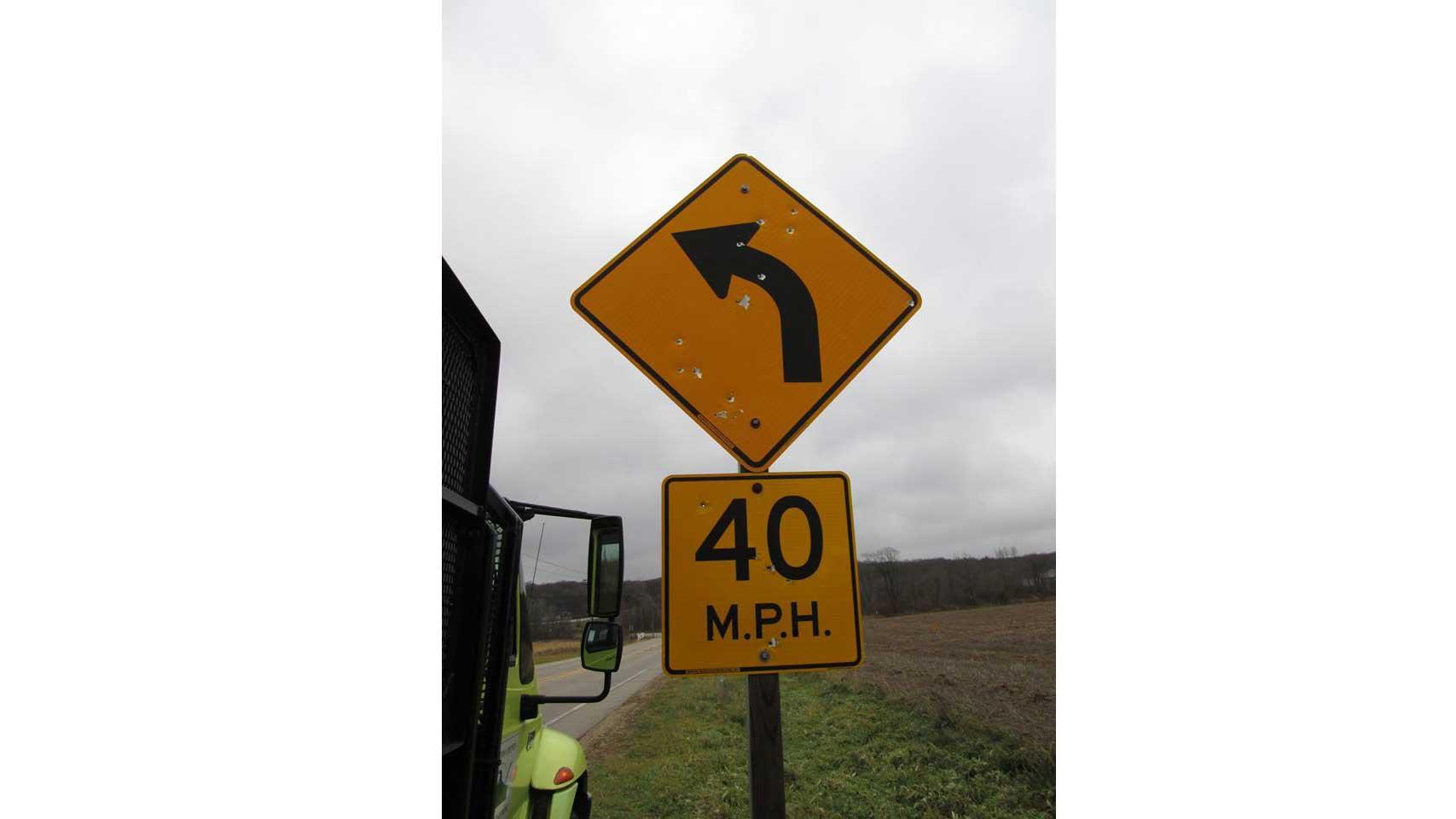 For the past three days the Washington County Sheriff's Office has announced they are investigating several incidents of shootings of properties that no one has been injured.

"Call it a theme. Call it a motif. Sing it and you could even call it a leitmotif. This is another story of individuals recklessly using firearms that put the general public in harm’s way," posted the Washington County Sheriff's Office on Friday.

On Friday, the office announced they were investigating the shooting of several road signs in the Town of Erin.

The office believed this was an intentional act.

The series of signs along Hwy 167 in the Town of Erin were shot approximately 27 times and would have occurred over the past 3 weeks.

"Besides the act being reckless and illegal, it will also cost the taxpayers of Washington County about $250 to replace all of the signs," posted the Sheriff's Office.

On Thursday, the Sheriff's Office said was investigating in the Town of Farmington a garage being shot.

The homeowner was not certain when it occurred.

On Wednesday, the Sheriff's Office said it was investigating

The Sheriff’s Office is investigating a weapons complaint that occurred Saturday during the afternoon hours at a residence in the Town of Trenton.

The homeowner reported that a bullet struck her patio door. The investigating deputy discovered the bullet entered the sliding glass door and continued diagonally across a sun room and struck a closet door. The bullet then penetrated the closet door and embedded into the drywall inside the closet. The bullet was recovered inside the drywall. No one was injured, and it is not known as of this typing if the home was occupied at the time of the incident. The case remains under active investigation.