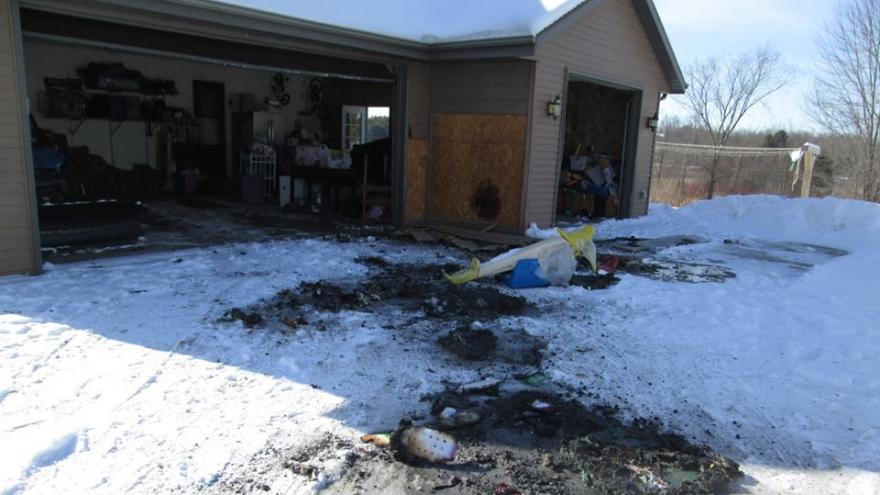 The 63-year-old neighbor noticed large pieces of ash falling in his yard shortly after 11 a.m. on Monday. Upon exiting his home, he saw that there were heavy smoke and fire coming from his neighbor's garage.

The man's wife called 911 while he used his fire extinguisher and put snow on the fire until crews arrived.

Investigators say the homeowner had placed fireplace ash into a garbage can at 4 a.m. on Monday morning, Prior to that, the ashes were inside a metal container outside the home.

The home only received minor damage to the exterior siding of the garage.

"Would like to extend a thank you to the concerned and quick acting neighbor, we absolutely love when neighbors watch out for one another," The Sheriff's Office said.