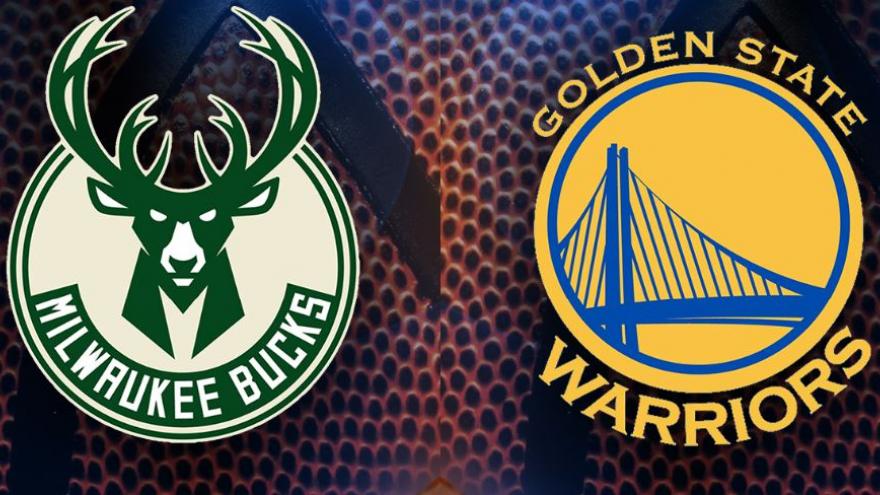 MILWAUKEE (AP) — Klay Thompson sidestepped two defenders to get an open look, hit a 3 from the wing and then coolly walked toward the baseline to guard the next inbounds pass.

The Golden State Warriors taught the Milwaukee Bucks a lesson about hitting 3s and playing D.

Thompson and Stephen Curry each scored 20 points and hit 4 of 9 from beyond the arc, and the Warriors wrapped up a five-game trip with a 105-95 victory on Friday night for their third straight win.

Andre Iguodala added a season-high 15 points for Golden State, which pulled away in the second half with another hot stretch from the 3-point line. The Warriors went 6 of 9 from beyond the arc in a roughly six-minute period that started with Curry's 3 with 3 minutes left in the third quarter to build an 11-point lead.

The Warriors shot 41 percent (19 of 46) from long distance against the Bucks, the league's highest-scoring team. The Bucks were just 7 of 39 (18 percent) from 3-point territory.

"Defense hasn't been that great, so it's good to finally put together a game where we hold an opponent to a not so great 3-point percentage," Thompson said. "That did feel really good, I'm not going to lie."

But Milwaukee couldn't keep up with Golden State's barrage, missing too many 3s in spite of scoring 26 points off 18 turnovers.

"They do a lot of things that they do to everybody — kind of switch, muck it up, make it to where it's not easy ... to get shots against them," Bucks coach Mike Budeholzer said.

A game of fits and starts typically had the Warriors building a three-possession lead, only for the Bucks to answer and get within a bucket. Curry's 3 late in the third put the Warriors ahead to stay, answering Ersan Ilyasova's bucket capped a 12-2 run that briefly gave the Bucks a 74-72.

Golden State cut down on turnovers in the second half while forcing more Milwaukee mistakes and misses. The Warriors avenged a 134-111 loss to Milwaukee in Oakland on Nov. 8.

"This was a game that meant a lot to us," coach Steve Kerr said. "We were embarrassed a few weeks ago."

Warriors: F Draymond Green missed his 11th straight game with a sprained right toe. Coach Steve Kerr said the All Star's progress has been "fantastic" on the latter part of the road trip, and that he expected Green to play on Monday against Minnesota. ... Jonas Jerebko added 12 points on 4-of-9 shooting from 3.

Bucks: Middleton had a rough start in back in the lineup after missing the win over Detroit on Wednesday for personal reasons. He went scoreless in the first half and missed four shots, going to the bench after picking up his third foul with 6:11 left in the second quarter, but finished with 10 points.

Antetokounmpo took just 13 shots, about five below his season average. Warriors forward Kevin Durant, who can match Antetokounmpo's length, often tried to stand his ground in the lane against the Bucks star. Other times, Golden State would double team and the Bucks couldn't hit the 3.

"Offensively, we can be better. We didn't move the ball very well," Budenholzer said.

Iguodala and Jerebko were apparently in a friendly competition about which Warrior could draw the most charges. They were tied at two when Jerebko drew a third, with Antetokounmpo picking up the foul with 7:52 left and the Bucks trailing by none.

Before the game, the Bucks injured center John Henson and guard Matthew Dellavedova to the Cleveland Cavaliers in a three-team trade that also involved the Washington Wizards. The Bucks got veteran point guard George Hill and a 2021 second-round draft pick from the Cavaliers, and forward Jason Smith and cash from the Wizards. Milwaukee also sent a future first-round pick and a 2021 second-round pick to Cleveland.

Warriors: Return home to face the Timberwolves on Monday.

Bucks: Visit the Toronto Raptors on Sunday in a matchup of East's top two teams.