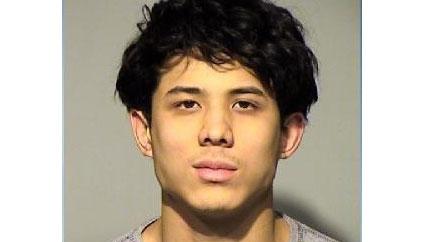 MADISON, Wis. (AP) — Authorities allege in newly unsealed court documents that a West Allis man accused of opening fire on a federal agent's car on a Wisconsin interstate shot at other cars as well and had magazines of ammunition, a handgun and a rifle in his vehicle.

Investigators have accused Zachary Hays of killing the agent's wife, Tracy Czaczkowski, during the May 1 incident on Interstate 90-94 in Sauk County. He faces one count of first-degree intentional homicide and three counts of recklessly endangering safety.

The Wisconsin State Journal reports  a search warrant unsealed Monday says Hays' brother, who was in the vehicle with him, identified him as the shooter. After shooting at the agent's car, Hays accelerated to 90 mph and opened fire on other cars with a handgun.