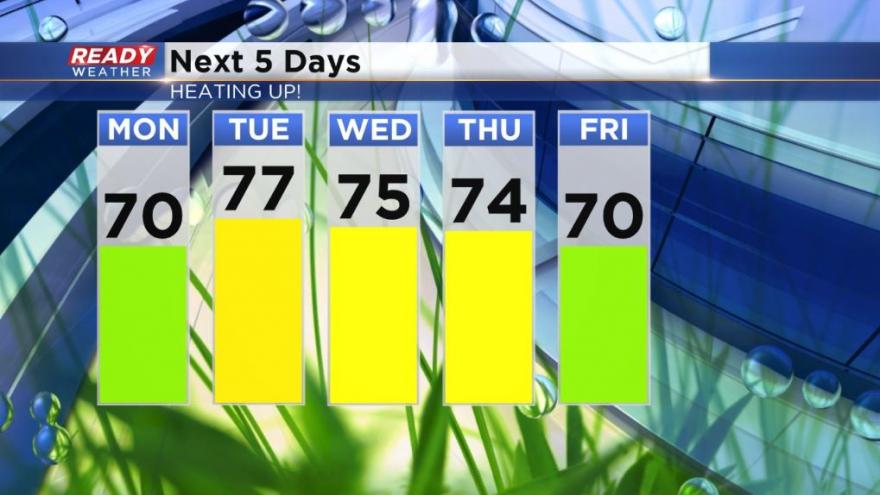 After a cold April, southeast Wisconsin is due for some warm air! Despite some recent warmth and above-average days, April will likely go down as one of coldest ever recorded. With two days of official data to go the average temperature in April, 2018 was 38.1° which is over 7° below-average and good enough to go down as the 4th coldest on record! But, with a big warm up on the way that rank could drop down to 5th or even further.

Sunday was another below-average day in Milwaukee with a lake breeze holding temperatures lakeside around 50° while inland spots made it to 60°. 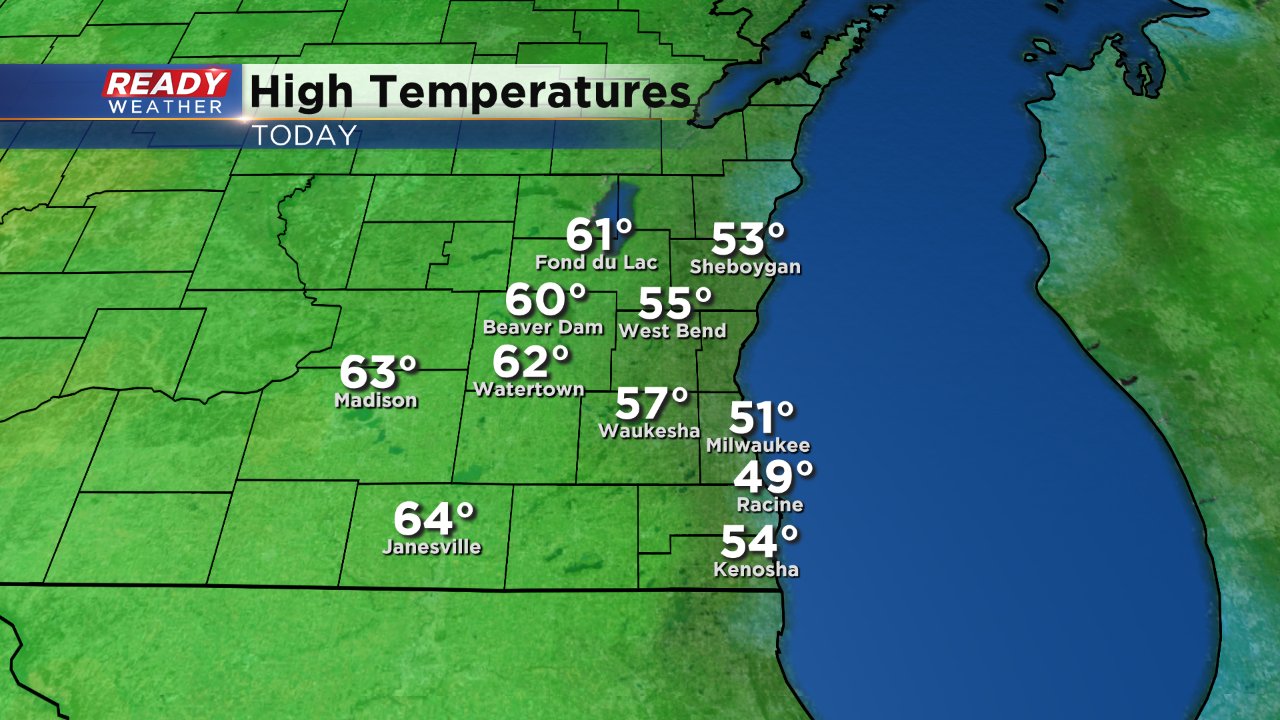 The wind will shift Monday morning to come out of the southwest which will bring in some much warmer air. High temperatures will soar around 70° on Monday and there's a chance for a few isolated 80s on Tuesday with highs mainly in the upper 70s. 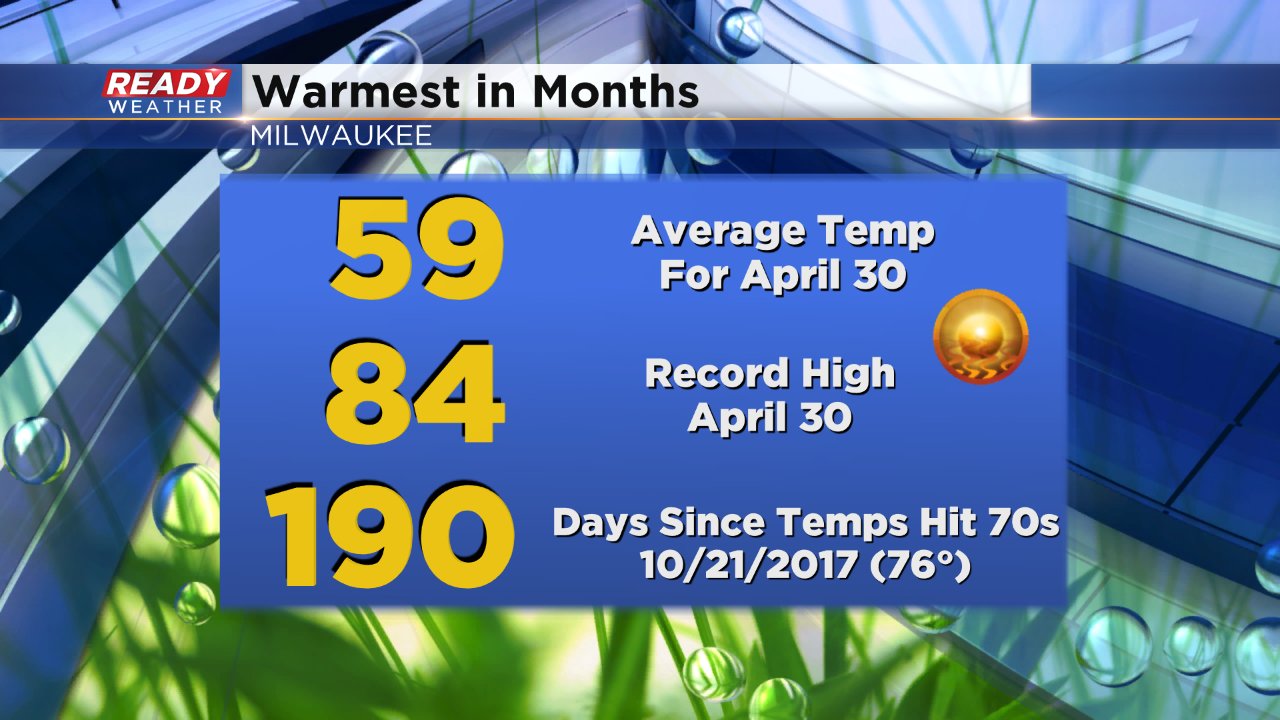 Despite the warmth, major humidity is not expected with dew points staying comfortable in the 50s. A few shower and storm chances will start Tuesday evening and last through Friday morning. Conditions may be right for a stronger storm on Wednesday or Thursday but widespread big storms does not look likely.