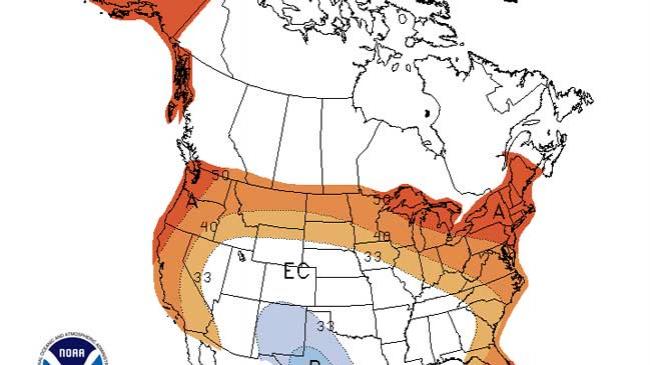 El Nino is in full swing across the Equatorial Pacific possibly reaching record levels!  For us that could translate into a warmer than average winter across southern Wisconsin.

The tough part about this El Nino is there are only about 6 analog years since 1950 to compare it to.  Take a look at the picture in this blog.  That's the temperature forecast from the Climate Prediction Center.

The winter was very warm during the very strong 1997-98 El Nino. Temperatures were 6-8 degrees above average. Precipitation was up to 2 inches above average; moreover, snowfall was up to 10 inches below average.