Warm November Comes to an End 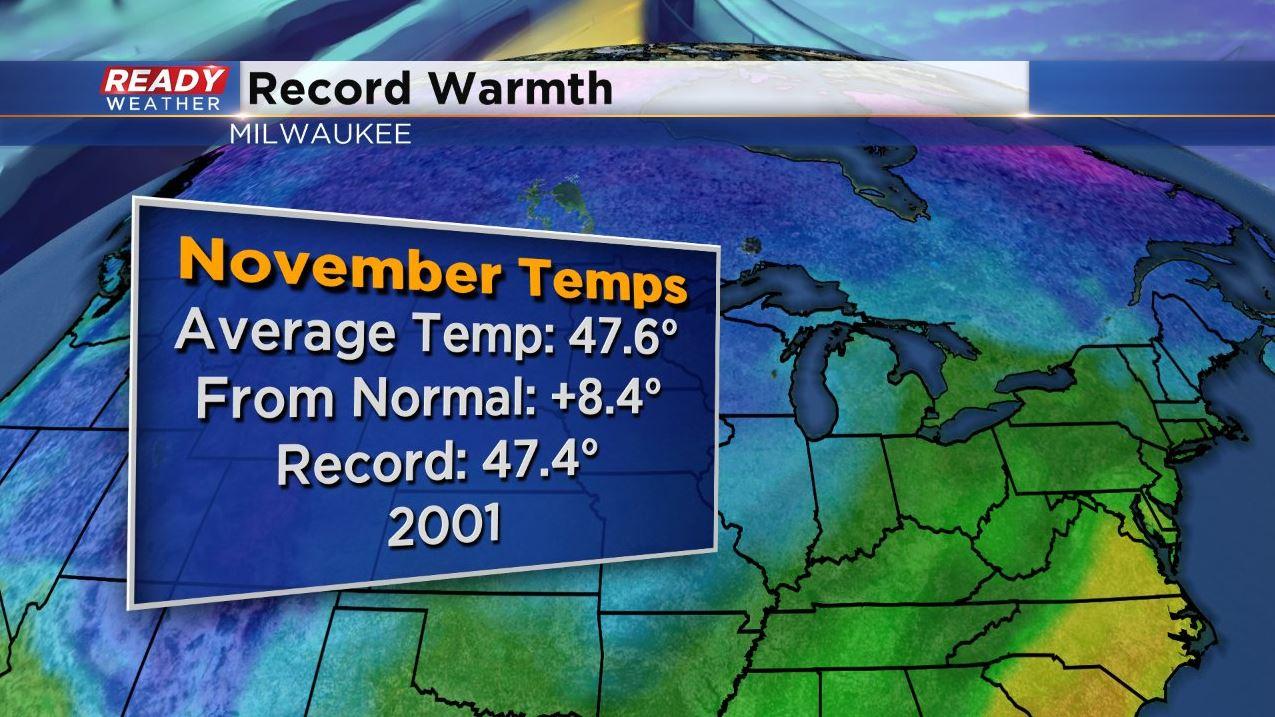 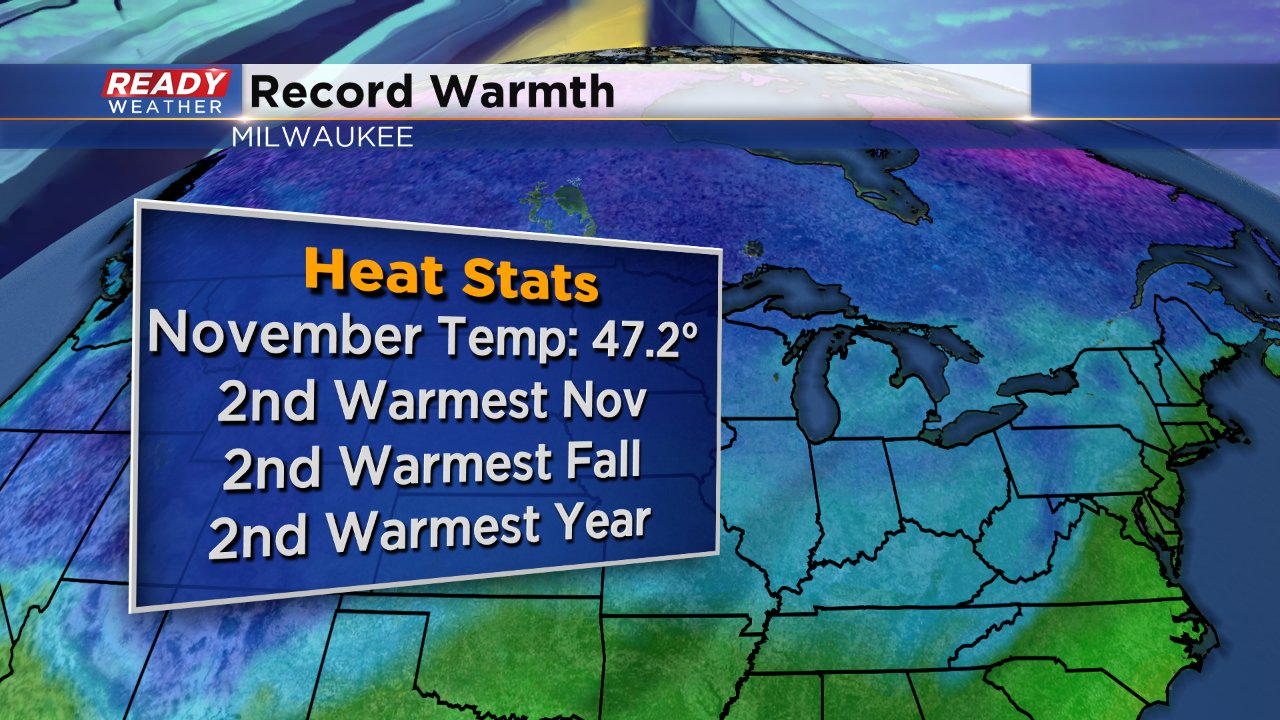 As mentioned below, most of 2016 has been warm compared to average. According to data from the National Weather Service through November 29, this year in Milwaukee is also the third warmest on record.

November has been warm. Very warm. In fact when looking at high temperatures, only three days during the month ended below-average. The warmest day was November 1st with a record tying high temp of 77°. With the data in through Tuesday the average temp in November is 47.6° which is 8.4° above normal. With one day to go, that average temperature is warm enough to be record breaking from the record of 47.4° set in 2001. 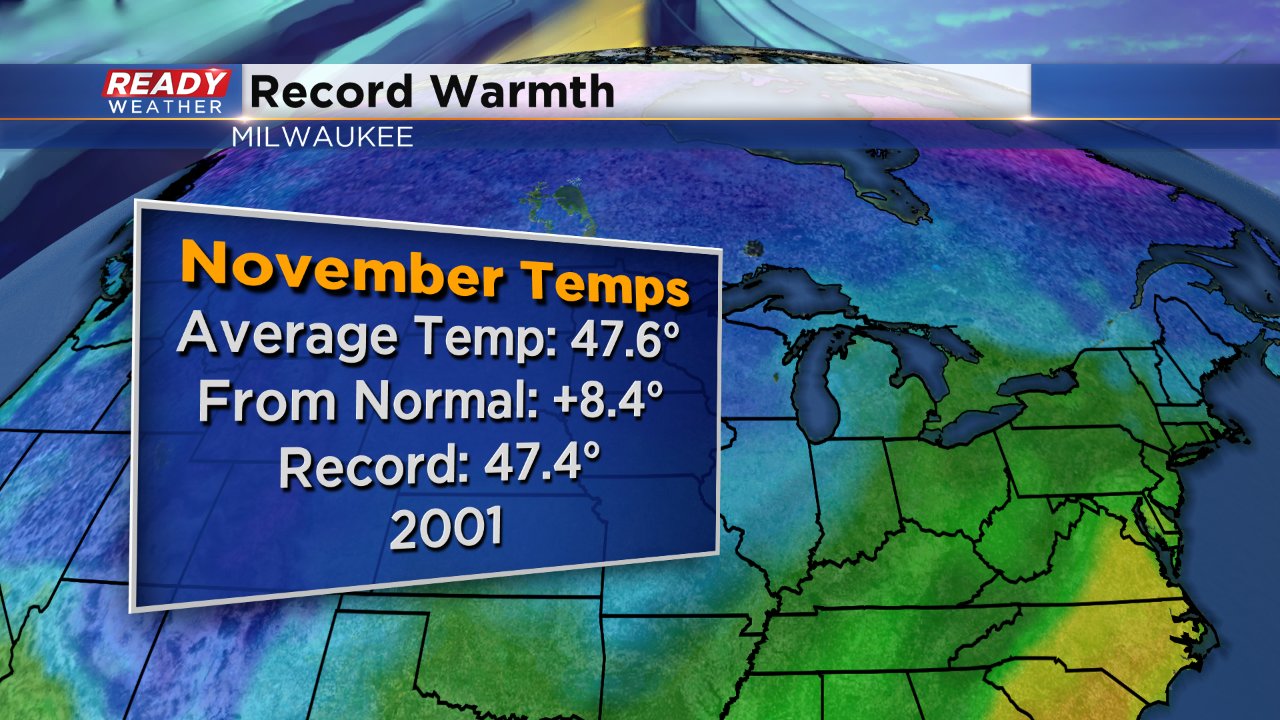 Temperatures on Wednesday are expected to be colder so the average for the month will likely dip a little bit but November 2016 will likely stay in the top 3.

November's warmth is not anything we aren't used to here in southeast Wisconsin. Including November, the past seven months have all bee above average. The last time we had a month that was colder than normal was April, 2016. 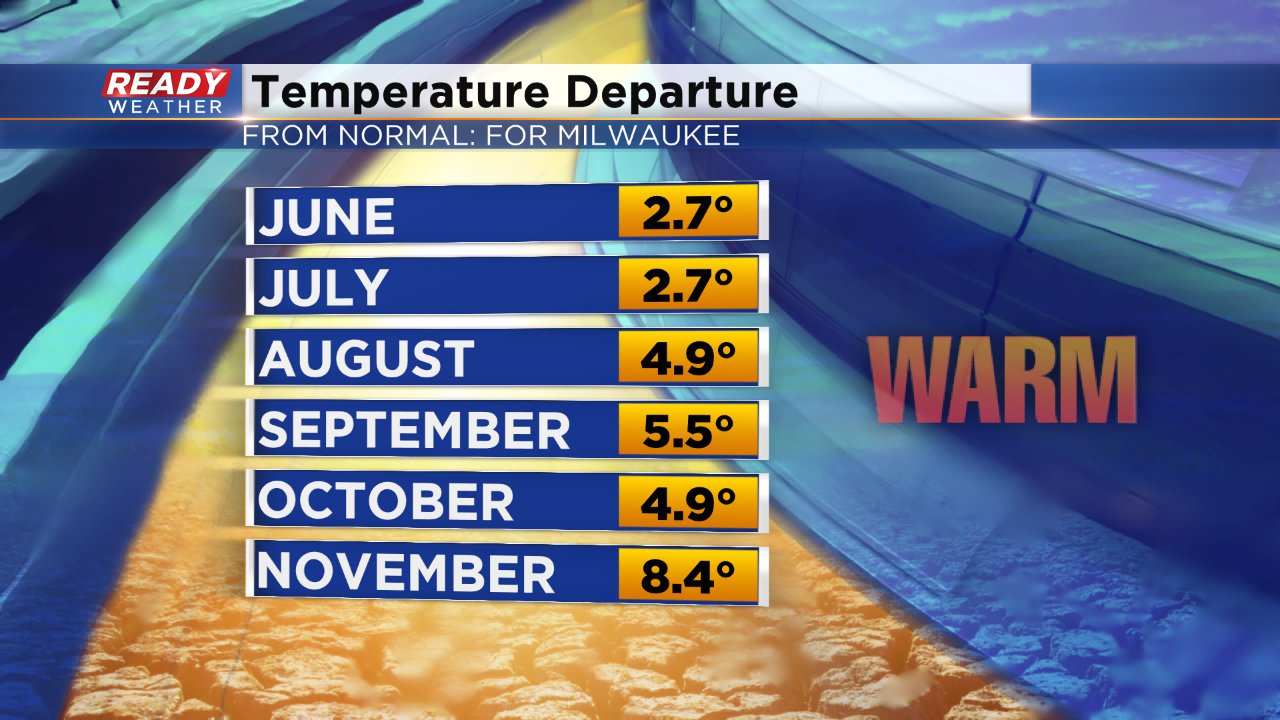 In the current Ready Weather forecast, temperatures during the first 10 days of December look to stay slightly above-average in the upper 30s and lower 40s. The National Weather Service gives Wisconsin equal chances at either a below or above average December.